Republic of Bashkortostan
Criminal investigation into the robbery and murder of a 100-year-old veteran of the Great Patriotic War completed in the Republic of Bashkortostan
23 July 2021
15:25
1
1
Alexander Bastrykin puts under supervision the progress of inquiries into incidents with senior people in Perm Territory and Tyumen Region
23 July 2021
11:43
1
Moscow Region
The Chairman of the Investigative Committee of Russia requested a report on circumstances of violations of rights of children in Moscow Region and instructed to launch a probe if there are grounds
23 July 2021
11:39
1
Transbaikal Region
In Zabaikalsky Territory, a local citizen found guilty of murder of a minor
23 July 2021
08:05
1
Alexander Bastrykin instructs to report on the investigation into the death of a minor in Volgograd Region
22 July 2021
23:13
1
MID over NСFD
Participants of a criminal community, members of which planned to commit a terrorist act in an administrative building of Kislovodsk police department, detained
22 July 2021
17:36
1
2
Krasnoyarsk Region
Final charges pressed against Anatoly Bykov for solicitation to commit murder for hire and attempted murder of two persons for hire
22 July 2021
12:40
1
Sakhalin Region
In Sakhalin Region, a married couple found guilty of committing a number of offences including against minors
22 July 2021
09:36
1
The investigation into the beating of a young child launched upon request of the Chairman of the Investigative Committee of Russia
21 July 2021
19:44
1
Leningrad Region
The Chairman of the Investigative Committee instructs to find out all the circumstances surrounding the battering of Stas Piekha's child in the Leningrad region
21 July 2021
11:34
1
1
...
184
185
186
...
813 The investigative authorities of the Investigative Committee of the Russian Federation in the Republic of Bashkortostan have completed an investigation into a probe against a 41-year-old resident of Kiginsky district and a 33-year-old resident of Chelyabinsk province, charging him with committing offences under Paragraphs B,C of Part 4 of Article 162 (robbery), Paragraphs C,E,G,H of Part 2 of Article 105 of the Criminal Code of Russia (murder of a person who is known by the killer to be helpless state, committed with especial cruelty by a group of persons under a preliminary conspiracy, attended by robbery).

In July 2020, the body of an elderly man was discovered at his private home in the village of Leuza by neighbours. The perpetrators turned out to be former Federal Penitentiary Service of Russia (FSIN) officers with the skills in committing a crime without leaving traces. They made an effort to stay off the radar after what they had done, which is why the crime remained unsolved for almost two months.

The investigation established that the two previously acquaintances of men, knowing that the victim kept a large sum of money in his house, decided to kill him and steal his money in July 2020. They broke into the veteran's house at night and inflicted multiple bodily injuries on him, including stab wounds and blows to the head. The man died of his injuries on the spot. The attackers then stole a total of about 2.4 million roubles and fled. They split the money in half. Part of the stolen money was later recovered from a location indicated by one of the accused.

Thanks to well-trained interrogation tactics, one of the accused confessed to the robbery under the weight of the evidence gathered, stating that he was not involved in the murder. His accomplice pleaded not guilty to the charge.

More than 40 forensic examinations were carried out, and around 300 people were checked for criminal involvement during the investigation.

The indictment for this probe is now approved and the case will shortly be sent to court for trial on the merits. 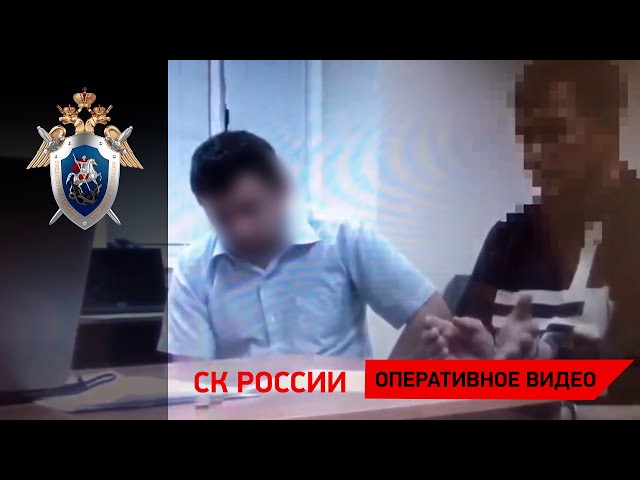