The involvement of the Kirov resident in the crime was established as a result of the investigation.

Searches were carried out at the suspect's place of residence and work in cooperation with the Interior Ministry's Directorate K. Items and documents of relevance to the investigation were seized.

The suspect made a detailed confession during interrogation about the circumstances of the crime.

The issue of charging him with an offence under Part 2 of Article 296 of the Criminal Code (threatening to kill or cause harm to health against a prosecutor in connection with the administration of justice) and choosing a preventive measure is being considered. 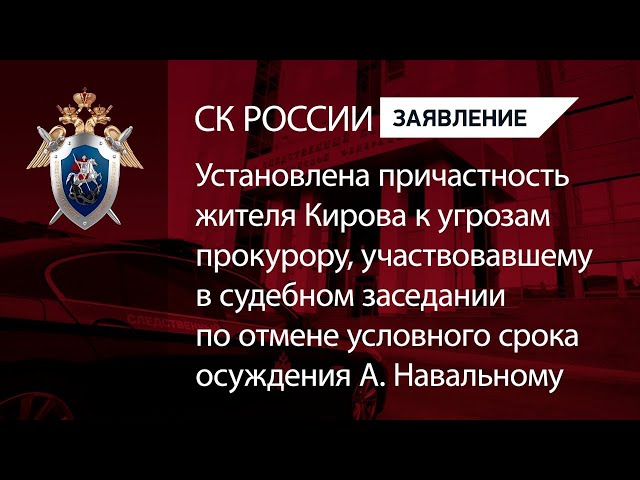