The Chairman of the Investigative Committee of Russia requests a report on progress of investigation of a probe into disappearance of children in Tyumen
24 August 2021
11:57
1
print version 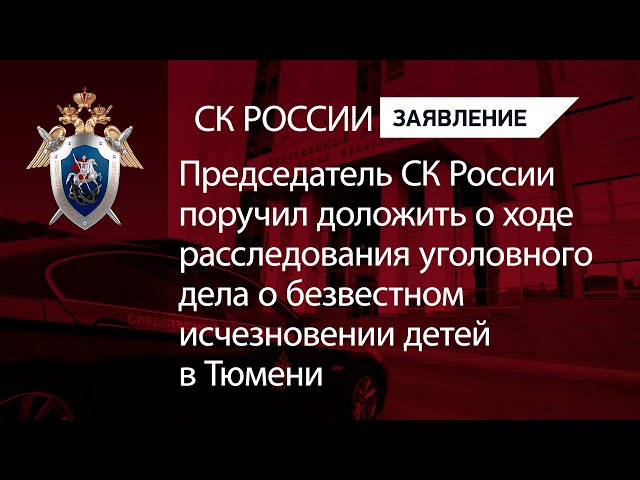