The investigation checks involvement of Tyumen citizen in the murder of Nastya Muravyeva
25 August 2021
12:55
1
print version

The girl disappeared on June 30 this year, after which a criminal case was initiated under Paragraph C of Part 2 of Article 105 of the Criminal Code of Russia (murder of a minor), and then, by decision of the Chairman of the Investigative Committee of Russia, Alexander Ivanovich Bastrykin, it was transferred for investigation to the Central Office of the Committee.

The girl's body with signs of violent death was found on August 19, 2021 near Lake Obrochnoye, 2.5 km from her place of residence.

A complex of investigative actions and expert examinations is being carried out to verify the evidence obtained. Investigators of the Main Investigative Department of the Investigative Committee of Russia and forensic specialists from the Central Office continue to work in the Tyumen Region.

At the same time, within the framework of another criminal case, the investigation into the facts of the unknown disappearance of 8 children in the Tyumen region at different times, starting from 1997, continues. 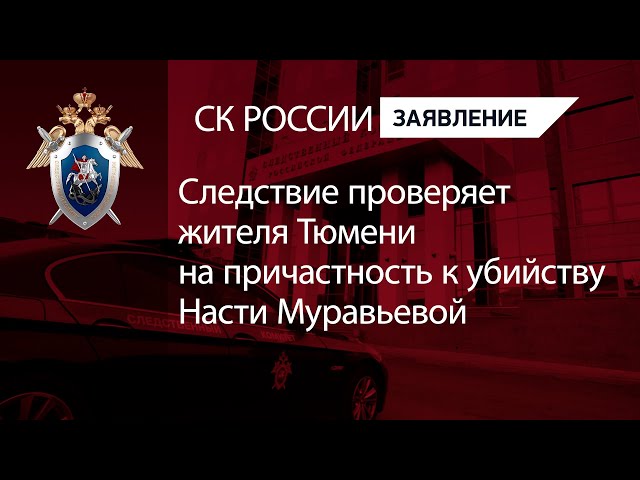