The Chairman of the Investigative Committee of Russia takes part in a festive event in the Girl's Boarding School of the Committee
02 September 2021
14:42
10
print version

The Chairman of the Investigative Committee of Russia, the Governor of St. Petersburg and the guests of honor laid flowers at the memorial plaque to Igor Borisovich Filin, a pupil of school 216, who heroically died in the performance of his service duty in the Democratic Republic of Afghanistan.

Addressing the audience, Alexander Bastrykin congratulated the students and staff of the Boarding School with the beginning of the new academic year. He thanked the governor of the Northern Capital for his support of the initiative to create an educational institution, noting that "this event is a milestone in the history of the city and the Investigative Committee, and this should be remembered and appreciated. The head of the Committee wished the students to be steadfast, courageous, persistent in their studies and faithful to the oath they had taken.

Good wishes to the students sounded from Alexander Dmitrievich Beglov. "You are continuing the cause of those educated women, which was laid down by Catherine II. They glorified our city, our country, and became famous around the world. You are our pride and our future. What is the Investigative Committee famous for? - The most important thing: justice and the protection of ordinary citizens from any kind of encroachment. And you will also be the future defenders", - said the governor of St. Petersburg.

The director of the boarding house noted that 86 girls joined the family this year. Elena Yurievna told about the training program, which will include additional educational programs: "Pupils will study investigative work, basics of forensics and legislation. Their schedule will include in-depth study of subjects allowing them to enter academies of the Investigative Committee of Russia as well as other educational institutions of law or, for example, medical focus. They will also attend disciplines aimed to foster culture of healthy lifestyle and strong moral values". She expressed the hope that the boarding school will become a second home for the girls, because 40 percent of the girls are orphans and children left without parental care.

The event included a video greeting by Nikita Mikhalkov, People's Artist of the RSFSR, member of the Public Council under the Investigative Committee of Russia. He wished the girls under the guidance of wise teachers and tutors to master knowledge persistently, to develop creatively and educate themselves as individuals, in the best traditions of the Russian cadet: "Be worthy of the glory of your great predecessors and add your own valiant pages to the modern history of Russia!

Member of the Union of Investigative Veterans Alexander Mikhaylovich Dvoryansky and the former acting principal of secondary school 216 Irina Vasilyevna Fuseeva also addressed to the pupils with farewell words.

During the ceremony, awards were given to the teaching staff and students. At the end of the event, the students of the boarding school performed for the guests: the girls recited poems dedicated to the beginning of the school year, and performed musical numbers. 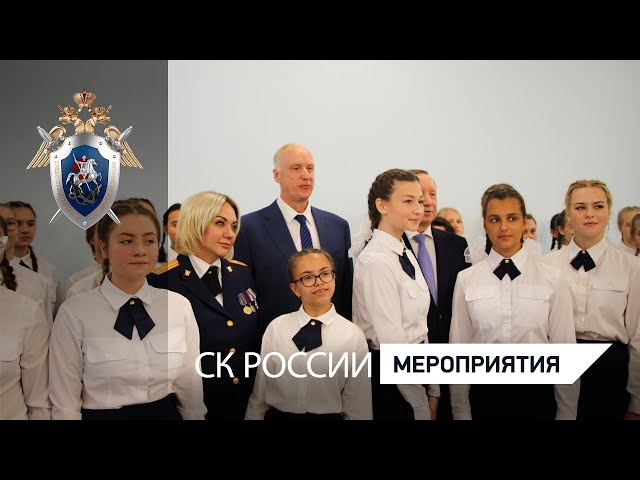