The Chairman of the Investigative Committee of Russia takes part in the international scientific and practical conference
29 September 2021
18:25
7
print version

Alexander Bastrykin, the Chairman of the Investigative Committee of Russia, took part in an international scientific-practical conference "Criminal Law and Morality", organized by the Institute of Legislation and Comparative Law under the Government of the Russian Federation together with the Association of Lawyers of the Black Sea-Caspian Sea Region.

The event was chaired by Talia Yarullovna Khabrieva, Director of the Institute of Legislation and Comparative Law under the Government of the Russian Federation and Deputy President of the Russian Academy of Sciences, and Ilgam Mammadgassan oglu Rahimov, Head of the Black Sea-Caspian Lawyers' Association. It was attended, including through video-conferencing, by Alexander Sergeev, President of the Russian Academy of Sciences, Evgeny Zabarchuk, First Deputy Minister of Justice, Igor Zubov, State Secretary - Deputy Minister of Internal Affairs, professors from leading universities in the country, representatives of the scientific community, federal executive bodies, law enforcement agencies, scientists from near and far abroad.

The purpose of the conference is to conduct a scientific analysis of the category of morality, taking into account its traditional and emerging patterns, based on the moral principles of justice and humanism.

The Chairman of the Investigative Committee of Russia in his report touched upon a number of important issues and problems of our time, faced by the society, and talked about the investigative practice. Among other things, he noted that representatives of today's youth have blurred moral guidelines, traditional values, there is complete indifference to the problems of loved ones. Certain resources on the Internet, social networks and materials distributed on them are a source of violence and destructiveness for young people. All of this together contributes to immoral actions and criminal manifestations - desecration of memorials and symbols of military glory, demonstration of photos of Nazi criminals along with heroes of the Great Patriotic War within the "Immortal Regiment", deception of senior citizens, as well as more serious crimes. Such examples show the direct connection between law and morality. Moreover, if the law is no longer based on moral guidelines, it ceases to be legitimate. The head of the Committee stressed: "We have one interest: the law is to work effectively".

Assessing the possible benefits of the introduction of online education within the framework of the digitalization of education, Alexander Bastrykin noted that "the lack of personal contact with teachers and peers, as well as the lack of control of children, left virtually to themselves, in many ways become a problem of today's youth, and therefore - our problem as well".

To solve these problems the Chairman of the Investigative Committee of Russia called to return to the revival of the national idea and ideology, aimed at the preservation of cultural identity, uniqueness, traditional values. He also spoke about the work conducted by the Investigative Committee with students of the educational institutions of the Committee, aimed at developing a sense of patriotism and moral guidelines. Students of academies and cadets help veterans, take care of monuments and memorials dedicated to the Great Patriotic War, participate in patriotic and sporting events. They don't have a minute of free time and they don't have time to think about evil deeds, because there are more interesting and really important things.

The main points of the Chairman's speech were supported by both Russian and foreign scientists, who spoke at the event. They also noted the importance of the work of the Investigative Committee in establishing the circumstances of the crimes related to the genocide of the civilian population of our country during the Great Patriotic War.

The discussion of the topics announced at the conference continued at section meetings. 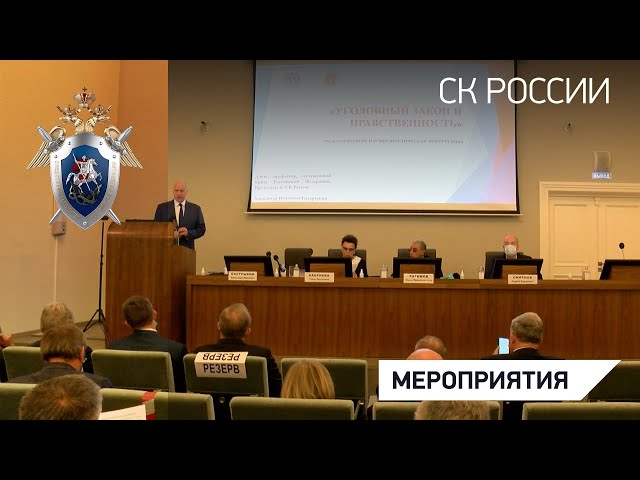