The Chairman of the Investigative Committee of Russia visits the inmates of the Hospital for War Veterans No. 2
01 October 2021
15:30
7
print version

The Chairman of the Investigative Committee of Russia Alexander Ivanovich Bastrykin visited the Hospital for War Veterans No. 2 where he congratulated the patients on the International Day of Older Persons.

The chairman of the Investigative Committee of Russia laid flowers at the memorial to the medics who fell for their homeland, honoring their memory. He thanked the present veterans for their contribution to the Victory, wished them good health and long life: “Our veterans are the glory of the Fatherland. By your military valor and selfless labor you have created the strength and prosperity of Russia. Alexander Ivanovich pointed to the need to provide all possible assistance and support to our older generation: "This is our duty, the duty of the state, the young generation of citizens of Russia... And in this spirit we try to educate our successors - cadets and students of the Investigative Committee". The head of the Committee also thanked doctors for their hard, responsible, selfless daily work, especially in the current difficult sanitary-epidemiological situation.

Then a festive concert took place. The guests listened to works by S. Rachmaninov, R. Strauss, Russian folk songs performed by musicians of the Moscow State Conservatory named after P.I. Tchaikovsky. The hospital patients were very touched by this attention.

Vera Rostislavovna Shastina addressed the guests of the event with words of gratitude. She noted that such actions are very helpful to maintain the spirit in the patients of the hospital. 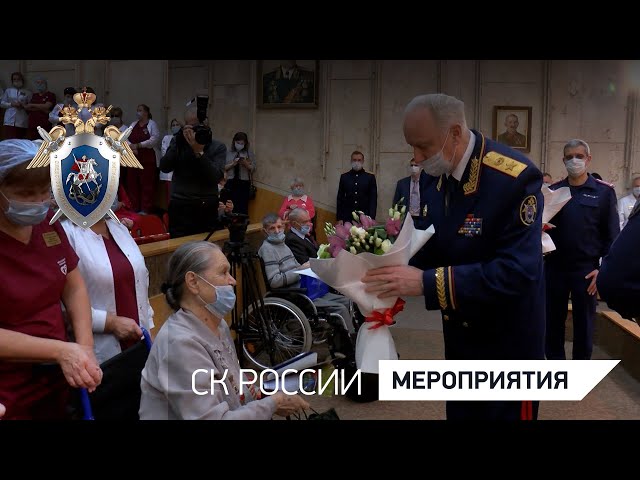