The Investigative Committee of Russia continues to establish circumstances of an attempted murder of a man in Moscow subway
07 October 2021
10:38
1
print version

The Central Office of the Investigative Committee of Russia continues to establish the circumstances of the attack on a young man in the Moscow subway. A video of the incident was published in the media and on social networks.

According to the currently collected information, the aggressive company brutally beat a young man who stood up for a girl. After the victim was on the floor in his own blood, one of the attackers continued to kick him in the head. From the position of the investigation, these circumstances indicate the commission of an especially grave offense.  That's why the investigators qualified the actions of the attackers according to Part 3 of Article 30, Part 2 of Article 105 of the Russian Criminal Code (attempted murder).

In addition, information was received that the attackers resisted the police officers conducting their detention. At the same time one of them threatened, showing two policemen a stabbing object, similar to a knife, and the other pulled out the pepper spray. In this regard, the actions of the attackers also show indications of a crime under Article 318 of the Criminal Code (use of violence against a representative of authority).

As part of the criminal investigation, the Investigative Committee of Russia will make a comprehensive legal assessment of the actions of all the accomplices. 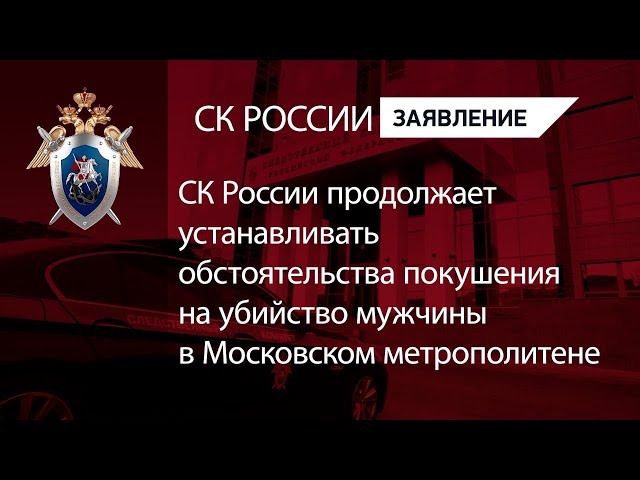