Examinations on the criminal case into illegal hunting in Saratov Region have been appointed
03 November 2021
10:00
1
print version

Investigators of the Central Office of the Investigative Committee of Russia accepted for processing and continue to investigate a criminal case into illegal hunting in the Lysogorsk district of Saratov Region (Paragraph A of Part 1 of Article 258 of the Criminal Code).

It was established that during the night time of October 29, 2021 in an open area four kilometers from the village of Lysyie Gory the illegal hunting of one specimen of a wild animal - an elk - was committed in violation of applicable law and without obtaining the appropriate license for the extraction of hunting resources. In the course of investigative actions, two covers from hunting weapons were seized not far from the place where the carcass was cut. One of them contained a hunting rifle with a night-vision scope, while the second contained a tripod and cartridges, as well as a hunting ticket and permit for possession and carrying of this weapon in the name of Valery Rashkin. In addition, a bullet and a shell casing were seized in the same area, the identity of which is being established. The carbine, bullet and shell casing were sent for examination.

Investigators continue to question witnesses confirming the presence of Valery Rashkin and Alexander Gnoshev near the scene of the accident. A knife, an axe, and other items from the car in which two of the above persons were in were recognized as physical evidence and also sent for forensic examination. Video recordings are being examined.

Investigators will reconstruct in detail the circumstances of illegal hunting, and persons involved in it will be given a legal assessment in accordance with the requirements of current legislation. 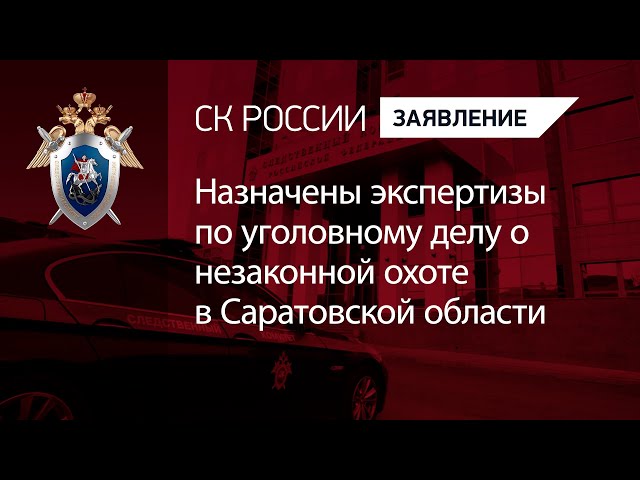