Returning to the issue of the protection of monuments and cultural heritage, the Chairman of the Investigative Committee of Russia cited summarised data according to which 19 folk museums in the region had been shut down in recent years, expressing serious concern about what was happening. He urged his subordinates to continue analysing the situation as well as investigating criminal cases involving destruction or damage to monuments or cultural objects, and to launch an enquiry into possible illegal building on the shores of Lake Ladoga and the circumstances of restricting access to the 101 Battery monument.

A.D. Golombievsky, the acting head of the State Investigative Committee of Russia for St. Petersburg reported on the systematic work to investigate the destruction or damage to cultural heritage buildings; on compensation to children injured in incidents involving electric scooters, emphasising the absence of serious incidents of this nature in recent months. Also reports were heard on the investigation of a criminal case involving multiple incidents of telephone fraud and the death of a SOBR officer during the apprehension of a person involved in the case. It was also noted that the organisers of the telephone scam were operating from Ukraine. In addition to the ongoing investigation, the Head of the Committee has ordered additional preventive measures aimed at increasing the vigilance of citizens and cautioning against fraudsters.

The Head of the Western Interregional Transport Investigations Department, P.S. Vymenets, reported on the progress of the investigation, including the expert examinations appointed, in the probe into the death of people during an accident with the Yaroslavets vessel in the Kandalaksha Bay of the White Sea. He applied for awarding a minor who was recognised as a victim and who had been active in rescuing other people in the course of the accident.

S.T. Sazin, Head of the Leningrad Regional Investigative Committee of Russia, reported on the progress of the probe into the torture of three children by a resident of Tosno and the improper performance of duties by officials of the child neglect and juvenile delinquency prevention system in Tosno district. The Chairman of the Investigative Committee has ordered the necessary investigative measures to establish a causal link between the officials' inaction and the violation of children's rights, and to establish the causes and conditions which contributed to the crime.

Elena Emelyanova, Acting Rector of the St. Petersburg Academy of the Investigative Committee of the Russian Federation, reported on ongoing events, including an upcoming roundtable on the impact of musical culture on the younger generation. A progress report was given on the implementation of the mandate to create a chair for information technology and cybercrime investigation. Alexander Bastrykin outlined the need to combine theory with practice and interaction between the department's staff and the specialised unit of the Main Investigations Department, which investigates information technology crimes.

The Chairman of the Investigative Committee of Russia gave a number of instructions as a result of the meeting. 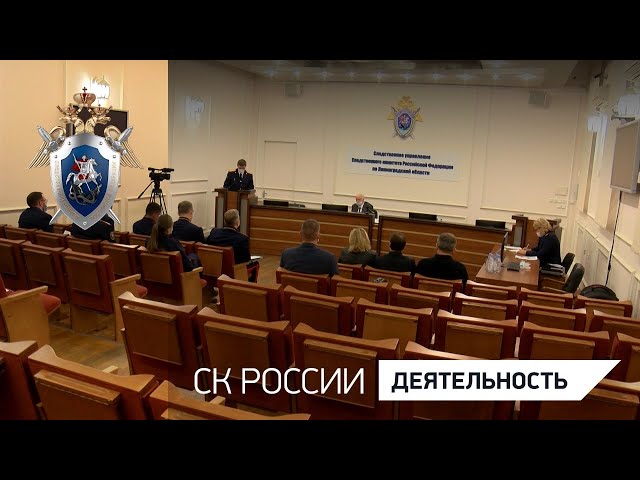