A criminal case was opened over the wounding of a civilian as a result of targeted shelling by Ukrainian security forces
19 November 2021
15:15
1
print version

According to the investigation, on November 19, 2021, servicemen of the Armed Forces of Ukraine carried out a massive shelling of residential houses and civilian infrastructure in the village of Dolgoe in the Slovianserbsky district of the self-proclaimed Lugansk People's Republic. As a result of the shelling, a 47-year-old civilian was wounded and her house was destroyed.

Upon this fact a criminal case was initiated into an offence under Part 1 of Article 356 of the Criminal Code of Russia (use in a military conflict of means and methods of warfare, banned by an international treaty of the Russian Federation). 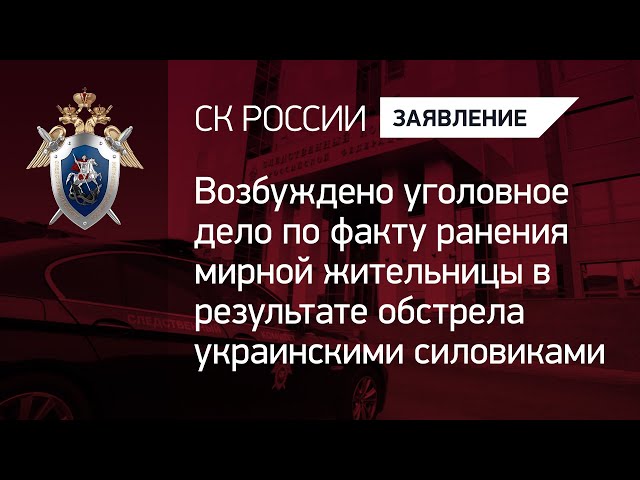