The Chairman of the Investigative Committee of Russia takes part in international scientific and practical conference
23 November 2021
17:34
5
print version

Speaking at the conference, the Chairman of the Investigative Committee of Russia first of all noted that the level of law determines the well-being of a person, and also recalled the provision in the Constitution, according to which the person, his rights and freedoms are the highest value. Unfortunately, today's youth sometimes forget that rights correspond to responsibilities, and one person's right ends where another person's right begins. A.I. Bastrykin stressed that the negative trend, when young people, considering themselves a full-fledged person, believe they can do anything, up to committing criminal acts, is formed under the influence of false interpretations about the personality and its unlimited rights. In this regard, the head of the Committee drew attention to the need to return to the classical understanding of the individual, which implies the definition of a clear balance between the rights and duties of the individual to other citizens, which will contribute to the public welfare.

That is why it is necessary to pay great attention not only to the educational process of young people, but also to their education, the Chairman of the Investigative Committee of Russia emphasized and gave the example of the work, which for several years has been actively carried out in the academies and cadet schools of the Investigative Committee of the Russian Federation. In that, A.I. Bastrykin again voiced the idea of the return of student government, the revival of construction teams, the appointment of curators, increasing student scholarships, as well as creating better conditions for free higher education. He reminded of the importance of psychological and emotional contact between the teacher and the student, which is possible only in the course of personal communication, but not in the conditions of its virtualization.

"In the current circumstances, it is important to be aware of the phenomena taking place, the new morality and psychology of people, to conduct a relevant and objective criminological analysis of contemporary crime," the Chairman of the Investigative Committee of Russia stressed. He added that it is necessary to investigate risk zones in all socially significant spheres of life in order to develop additional measures that would ensure the timely protection of the population. The Сhairman noted the importance of considering the creation of a unified state system of continuous social support for minors with deviant behavior, as well as the development of educational programs aimed at the formation of knowledge and skills in the spirit of mastering traditional national values - honor, duty, justice and mercy, and to protect the younger generation from the influence of manipulative technologies.

Public welfare depends, among other things, on the activities of the Investigative Committee. Thus, the investigation of crimes against children, senior citizens, the disabled, and veterans of the Great Patriotic War is always under special scrutiny. The agency is acutely responsive to social issues, protecting the rights of orphans and participants in shared construction.

The participants thanked the Chairman of the Investigative Committee of Russia for the important issues raised that go beyond the narrow sectoral issues, which is particularly consistent with the intent of the conference. In the course of further discussion, the participants continued the discussion, aimed at developing mechanisms of legal regulation of the problems identified at the event. 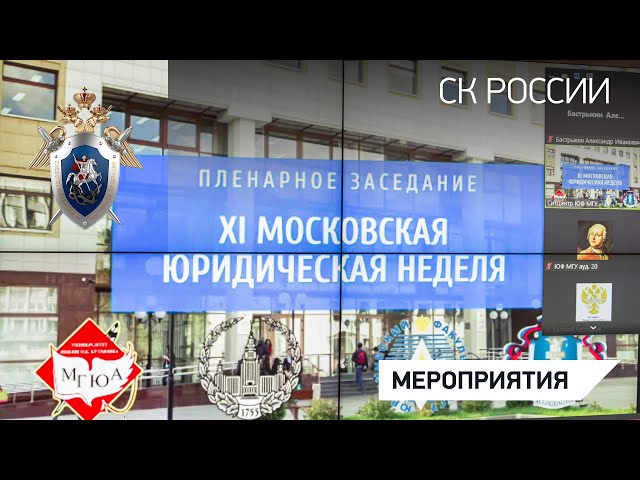