Upon instruction of the Chairman of the Investigative Committee of Russia the probes into the tragedy at a Kemerovo mine transferred to the Central Office
26 November 2021
11:02
1
print version

The day before, the mine director Sergei Makhrakov, his first deputy Andrei Molostov and the site manager Sergei Gerasimenok were detained, which, according to investigators, allowed violation of industrial safety requirements for production facilities. As a result, there was a gasdynamic phenomenon and the ventilation drift began to smoke, which led to the death of workers who were in the mine.

The investigation also found evidence of negligence in the actions of chief state inspectors of the Belovo territorial department of the Siberian Directorate of Rostekhnadzor Sergey Vinokurov and Vyacheslav Semykin. According to investigators, the suspects improperly performed their duties of supervising industrial safety requirements at a hazardous production facility in November this year. It was found that the inspectors had drawn up inspection certificates for the drift without actually inspecting it.

Currently, investigative actions are continuing with the participation of the defendants in the criminal case, the interrogation of witnesses, including engineers and technicians. Necessary examinations have been appointed; seized documentation and data on electronic media, which may be relevant to the investigation, are being analyzed. Investigators of the Central Office will take into account and carefully analyze all the information provided by the miners during the investigation. It will be possible to draw conclusions about the causes of what happened only after a thorough analysis of all available data, including the results of expert examinations.

As you know, such tragedies have previously occurred in the mines of the Kemerovo Region and other regions. The price of these mistakes is always human life. Unfortunately, their negative consequences have not served as a lesson for those responsible for safety at such facilities, including the officials who control and supervise their activities. The Investigative Committee intends to establish not only the actual circumstances, but also the larger causes that led to the grave consequences and provoked the tragedy. 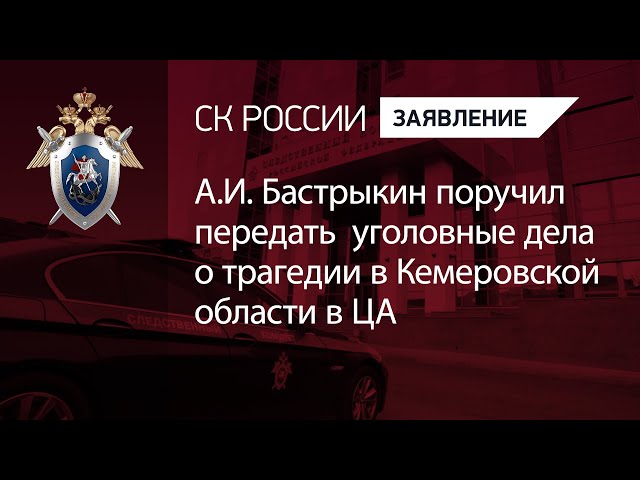