Working trip of the Chairman of the Investigative Committee of Russia to the Kemerovo Region
14 December 2021
14:14
8
print version

Upon arrival at the site of the tragedy at the Listvyazhnaya mine, the Chairman of the Investigative Committee laid flowers at the spontaneous memorial and paid tribute to the victims. Afterwards he, together with E.V. Kaburneev, members of the investigative team and representatives of the rescue service, entered the bremsberg of the mine. During the inspection of this part of Listvyazhnaya, employees of the Russian Ministry of Emergency Situations told about the stages of completion of the rescue operation and the organization of the restoration work.

As part of the operational meeting, A.I. Bastrykin heard a report by the head of the investigation team on the current data on the investigation of the circumstances of the accident. The bodies of all the victims have been brought to the surface and identified. One of the victims remains under treatment at a medical facility. They also spoke about the areas of investigation, which are being actively pursued. So, among other things, the circumstances of operation of aerogas control sensors are being checked. 125 forensic and medical examinations, as well as mining, computer engineering, accounting and others were scheduled and are underway as part of the investigation. It was noted that to date, none of the defendants charged has not admitted guilt in the incriminated acts.

The head of the Investigative Committee of Russia gave a number of specific instructions for further investigation of the probe. He demanded to reconstruct the whole chain of events, as well as to carefully examine all the arguments of the miners and thoroughly investigate the documentation seized during the investigative actions. The head of the department stressed that the actions or inaction of all those involved in the tragedy should receive a comprehensive legal assessment.

After the operational meeting, the head of the department began to meet with relatives of the victims and the victims. 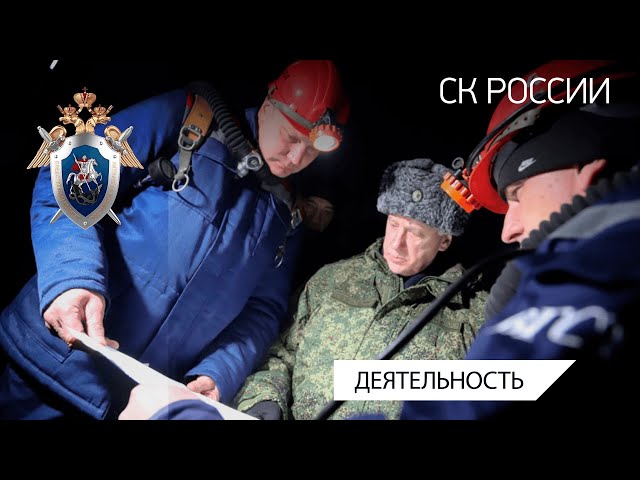