The Maly Theater hosted a New Year's performance for children from educational organizations of the SK of Russia and the Skolkovo Center
30 December 2021
17:00
9
print version

On the eve of everyone's favorite holiday the children were immersed in the atmosphere of a fairy tale. The spectators were shown a staging by a talented director, member of the Public Council under the Investigative Committee, People's Artist of the USSR Yury Mefodyevich Solomin on the work of the great writer Alexei Nikolaevich Tolstoy's "Golden Key, or Adventures of Buratino. Bright show was an introduction to the youngest spectators to the magical world of art and the embodiment of children's dreams. What they saw triggered a range of emotions for the children - lively empathy for the characters, a sincere delight at their victories and admiration for the skill of the actors. The familiar characters - Pinocchio, Papa Carlo, Malvina, Pierrot, Karabas-Barabas, Cat Basilio, Alice the Fox and others - performed by the genius actors did not leave anyone indifferent. The little audience swooned with delight, admiring their lively, natural intonations.

An animated performance was also organized for the children in the theater, and each young viewer received a gift.

Deputy Chairman of the Investigative Committee of Russia Alexander Vyacheslavovich Fedorov, present at the event, expressed his gratitude to Artistic Director of Maly Theatre Yuri Mefodyevich Solomin for the priceless present and another unique opportunity for staff and pupils of the department to see the magnificent acting of the theater actors. The deputy head of the agency also thanked him for his contribution to the educational activities and assistance to the Investigation Committee in the upbringing of the young generation.

Fruitful cooperation between the Investigative Committee and the Maly Theatre has been going on for over 5 years. During this period it has been possible to attend dozens of performances of various genres based on works of Russian classics. Such interaction lays the foundation in the moral and spiritual education of the younger generation, instills a desire to learn the native history and culture, is a stimulus for the development of creative potential.

The Deputy Chairman of the Russian IC Russia noted that the guests were given a unique opportunity to visit a cozy, one of the most beautiful auditoriums in Moscow, to see firsthand the magnificent, unique artists of this scene.

Alexander Vyacheslavovich congratulated the creative team of the theater with the coming New Year, wishing them good health and realization of creative plans. 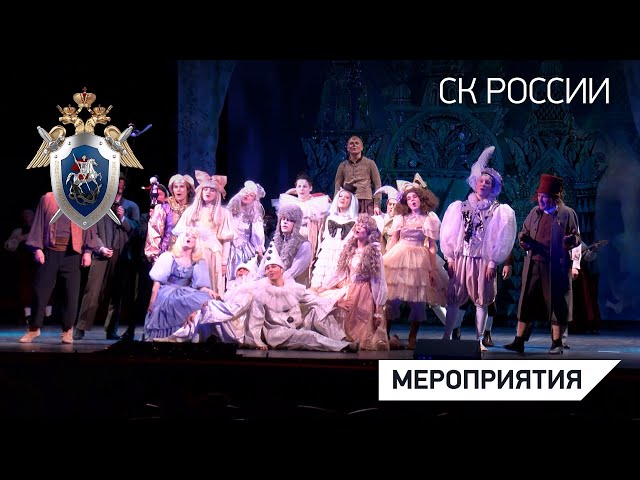