Investigation Gives a Legal Assessment of the Facts of Shelling of the Civilian Population in Donbass by Ukrainian Nationalists
10 March 2022
20:51
1
print version

The Investigative Committee of the Russian Federation continues to record the crimes of the armed formations of Ukraine against the civilian population of the Donetsk and Lugansk People’s Republics.

During the period from March 8 to March 10, 2022, numerous artillery and mortar attacks by representatives of the Ukrainian armed formations at settlements and life support facilities of the DPR and LPR were recorded. A female civilian was killed as a result of the shelling of Donetsk, Gorlovka, Dokuchaevsk, Yasinovataya, Volnovakha Raion of the DPR, settlements of Pervomaisk, Kirovsk of the LPR. Six more non-combatants were injured of varying severity, 83 residential buildings were damaged and destroyed. In addition, an Orthodox church in Donetsk was shelled; the power line between the Mikhailovskaya and Petrodonetskaya substations was damaged resulting in power outages in the settlements of Donetsky and Golubovskoye, the LPR.

The shelling of settlements with heavy weapons of indiscriminate action and having high damaging properties by the Armed Forces of Ukraine and Ukrainian nationalist armed groups violates the provisions of Article 3 of the Universal Declaration of Human Rights adopted by the UN General Assembly, which proclaims the right of every person to life, liberty and personal immunity. The provisions of the Convention for the Protection of Civilian Persons in Time of War and its Additional Protocols ensure that the civilian population and individual civilians enjoy general protection against the danger arising from military operations and must not be the object of attack. 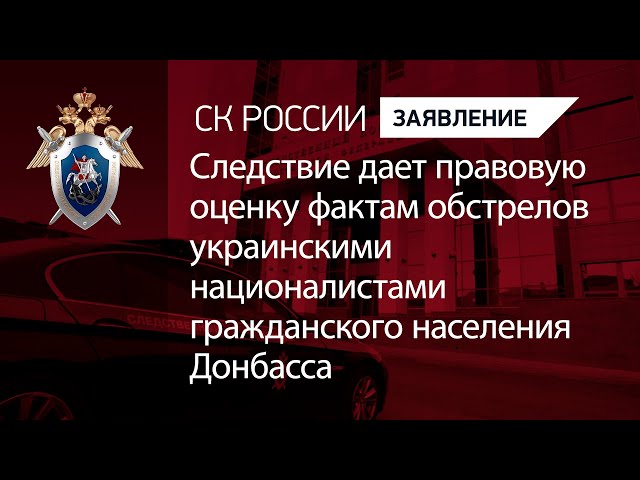