The Main Investigative Department of the IC of Russia initiated a criminal case in connection with illegal calls for murder and violence against citizens of the Russian Federation from employees of the American company Meta, which owns Facebook and Instagram social networks.

Andy Stone, the company's press secretary, announced on the social network that Meta had temporarily lifted the ban on calls for violence against the Russian military on its platforms. He called it a form of political expression.

These actions contain signs of crimes under Articles 280 and 205.1 of the Criminal Code of the Russian Federation – (public calls for extremist activities; assistance in terrorist activities).

As part of the criminal case, the necessary investigative measures are being carried out to give a legal evaluation to actions of Andy Stone and other employees of the American corporation. 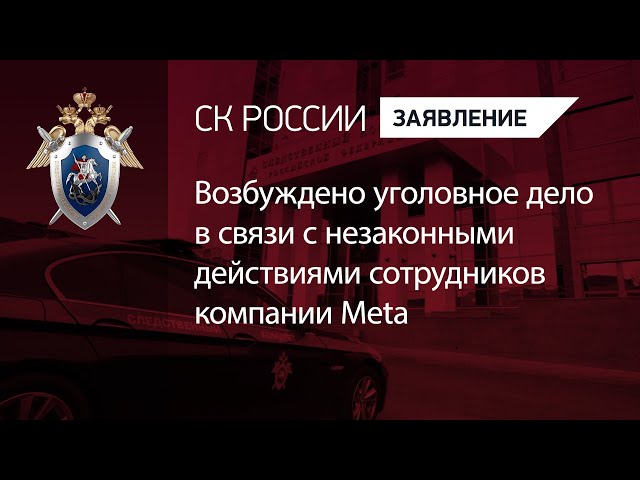