Chairman of the IC of Russia Instructs to Investigate Circumstances of Use of Violence Against Orthodox Priest in Ukraine
29 March 2022
10:22
1
print version

The Chairman of the IC of Russia has instructed the Central Office to investigate the circumstances of using violence against an Orthodox priest in Ukraine.

According to the available information, armed Ukrainian nationalists used physical violence to take the priest of the Ukrainian Orthodox Church of the Moscow Patriarchate out of the temple, thus kidnapping him.  Parishioners also suffered during the incident. The crime was committed by members of the Ukrainian territorial defense in Cherkasy Oblast.

In accordance with the department head's instructions, the investigators are taking measures to identify the persons involved in the crime; their actions will be evaluated from the legal standpoint. 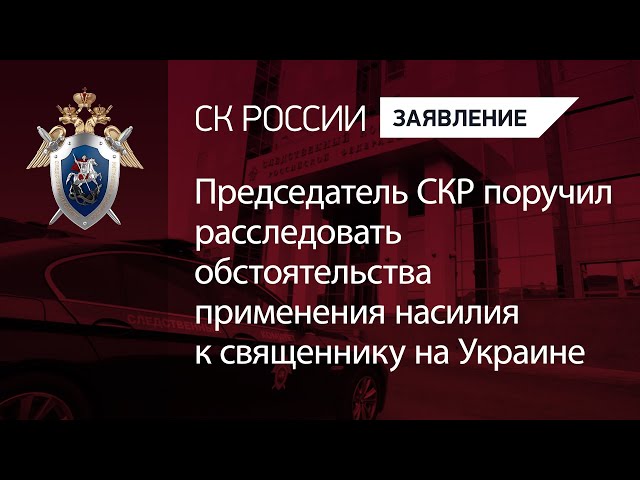