The Main Investigative Department of the Investigative Committee of the Russian Federation initiated two criminal cases on a possible crime under Part 1 of Article 356 of the Criminal Code (ill-treatment of civilians, use of means and methods prohibited by an international treaty of the Russian Federation in an armed conflict) in connection with Ukrainian troops firing at civilian infrastructure facilities in settlements of the DPR and LPR.

The investigators found that from March 27 to March 28, servicemen of the Armed Forces of Ukraine and other paramilitary formations carried out obviously criminal orders of higher commanders and officials of the Ministry of Defense of Ukraine. In violation of the provisions of the Convention (IV) relative to the Protection of Civilian Persons in Time of War (Geneva, 12.08.1949) and Additional Protocol II thereto, they deliberately mounted massive precise artillery and mortar attacks with highly destructive heavy weapons against civilian infrastructure facilities that are not military targets in the cities of Donetsk, Gorlovka, Yasinovataya and Mariupol, the settlements of Stepnoye and Volontyorovka of the Donetsk People's Republic, as well as in the city of Pervomaisk and the village of Mikhailovka, Perevalsky District, the Lugansk People's Republic.

As a result of shelling, residential buildings, maintenance facilities, city hospital, and civil infrastructure facilities were damaged in these settlements of the Donetsk People's Republic.

Civilians fell victims of the shelling in the village of Stepnoye. A man and a woman not involved in the armed conflict were killed.

As a result of the shelling of the village of Volontyorovka, Novoazovsky District, a civilian woman was killed, while in Mariupol, 8 civilian women and 12 civilian men suffered injuries of varying severity.

Apart from that, Ukrainian servicemen carried out a massive precision attack with the Tochka-U tactical missile system against civilian infrastructure facilities in Ilovaysk, Donetsk People's Republic, as a result of which 33 residential buildings were damaged, as well as administrative buildings of the central hospital, a railway station, a locomotive depot, premises of the bath and laundry complex, and 2 cars. 1 civilian not involved in the armed conflict was killed.

Substations were damaged by artillery fire in the city of Pervomaisk and the village of Mikhailovka in Perevalsky District of the Lugansk People's Republic, as a result of which more than two thousand users were cut from power supply.

The work on collecting evidence of war crimes against civilians committed by the Armed Forces of Ukraine and nationalist battalions in order to identify specific persons involved and to hold them criminally liable continues. 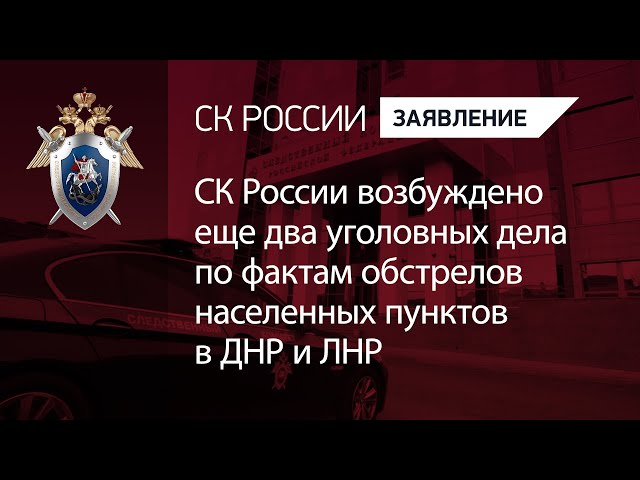