The Main Investigative Department of the Investigative Committee of the Russian Federation initiated a criminal case on a possible crime under Part 3 of Article 30, Paragraphs A, D, G of Part 2 of Article 105 of the Russian Criminal Code (attempted murder of two or more persons committed by a group of persons with extreme cruelty).

According to the investigators, no later than March 27, 2022, on the territory of Ukraine, servicemen of the Armed Forces of Ukraine and other Ukrainian military formations committed an attempt to murder with extreme cruelty at least eight detained persons, inflicting multiple injuries of varying severity and firing multiple shots from firearms.

The Investigative Committee of Russia is taking exhaustive measures aimed at identifying the persons involved in this crime. 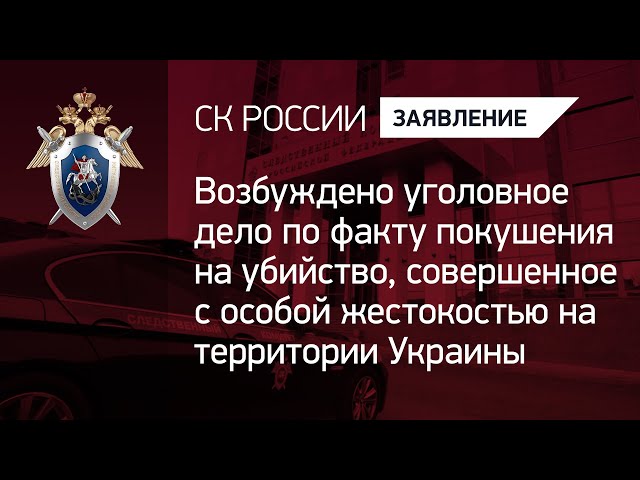