The Criminal Cases Are launched Against the Ukrainian Servicemen, involved in the deaths of the Donets and Lugansk People’s Republics civilians
19 May 2022
13:38
1
print version

The Investigative Committee of Russia continues to document the crimes against the civilian population of Donbass, committed by the Ukrainian Security Forces. In recent months, about 20 AFU Commanders have been identified as criminals, providing the orders for shelling the civilian infrastructure, causing the death of civilians and great destruction. Every new fact of their illegal actions receives a separate criminal-legal assessment within the investigation.

Thus, between May 14 till May 18, 2022, the investigation documented the shelling of Donetsk, Dokuchaevsk, Horlovka, Makeevka, Pervomaisk, Severodonetsk, Rubizhnoye, Kirovsk cities, and the Zolote-5, Pavlovka, Stepnoye, Vladimirovka, Novoandreevka, Yelenovka settlements by the Ukrainian side. As a result of artillery and mortar shelling, 9 civilians were killed, 10 people were injured, including 2 juveniles. 98 residential buildings, several kindergartens, schools, and other infrastructure facilities were damaged.

The criminal investigations are launched against the mentioned above servicemen into an offence prescribed in 1 Art. 356 the Criminal Code of the Russian Federation (ill-treatment of the civilian persons, use of banned means and methods of warfare).

The investigation continues to identify each individual of the Ukrainian armed formations involved in the shelling of civilians and other crimes commission. 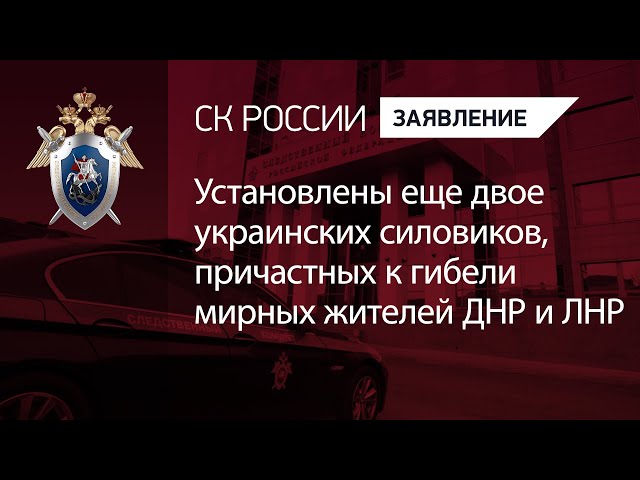