Investigators Continue to Record the Consequences of Shelling of the Settlements in the LPR and DPR by the Ukrainian Military
08 June 2022
15:15
3
print version

According to the investigators, in the period from June 6 to 7, 2022, these servicemen gave and carried out criminal orders for targeted artillery attacks from heavy weapons on civilian infrastructure in the cities of Donetsk, Horlivka, Volnovakha, Makeevka, Yasinovataya, and the towns of Verkhnetoretskoye, Golmovsky in the Donetsk People’s Republic, as well as in the cities of Rubezhnoe and Pervomaysk in the Lugansk People’s Republic.

The shelling of the cities of Donetsk, Gorlovka, Volnovakha, Makeevka, Yasinovataya, as well as the towns of Verkhnetoretskoye and Golmovsky, injured 17 civilians and killed 9, including a minor; damaged 33 buildings and civil infrastructure facilities, including the buildings of two kindergartens. A minor was killed, two civilians were injured, and seven residential buildings were damaged in Rubezhnoe and Pervomaysk of the LPR.

Also, as part of the investigation of criminal cases initiated under Part 1, Article 356 of the Criminal Code of the Russian Federation in relation to servicemen of the 54th separate mechanized brigade of the Armed Forces of Ukraine, Russian investigators examined the damage caused by artillery shelling to an apartment in a residential building on Arkhipova Street, Petrovsky Raion of Donetsk, as well as to private households on Millerovskaya and Vysotskogo Streets, Kirovsky Raion of Donetsk.

It has been established that the servicemen of these military unit shelled Donetsk with 122-mm shells using Grad multiple rocket launchers while being well aware that civilians live in the city and in violation of the requirements of the Convention for the Protection of Civilian Population in Time of War (Geneva, 12.08.1949) and its protocol, which prohibit attacking unprotected cities and villages, as well as encroach on the life and physical integrity of persons who do not directly take part in hostilities.  As a result of the shelling, three civilians suffered from shrapnel wounds of varying severity. A direct hit by shells destroyed the interior partition in an apartment, damaged the roof, ceiling and floor in a private household, and rendered personal belongings of civilians unusable.

Being questioned by Russian investigators, local residents showed the destruction to which their homes had been subjected, and also described in detail what had happened.

Expert examinations have been scheduled to assess the amount of damage caused to the individuals.

Investigators are carrying out the investigative and operational actions aimed at identifying all persons involved in the commission of the crimes under investigation. 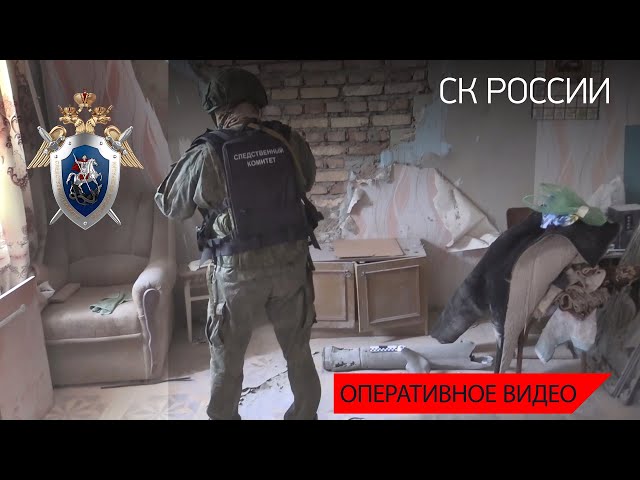