The Chairman of the Investigative Committee of Russia holds a brief-meeting in video conferencing
09 August 2022
17:57
3
print version

The Head of the Department listened to the reports of the Heads of the Territorial Investigative Divisions on the most high-profile incidents. Among them there were major fires in Moscow, Moscow and Leningrad oblasts, damage of memorials in the Republic of Bashkortostan, the use of violence against Police Officers in Vladimir oblast and a number of other crimes, the investigation of which is a subject of control of the Chairman of the Investigative Committee of Russia. In particular, Mr. A.I. Bastrykin was informed about the progress in the criminal investigation of the death of a juvenile as a result of a fall from an amusement ride in the Orel city. After listening to the speech of Mr. P.I. Yudin, Head of the Investigative Directorate of the Investigative Committee of Russia for Oryol oblast, and giving appropriate instructions, Mr. A.I. Bastrykin emphasized: "Children must not die on children's amusement-rides".

The main subject of the meeting was the issue of submitting criminal cases to court for the imposition of a judicial fine. Based on the analytical research of last year, the Main Investigative Directorate of the Investigative Committee of Russia referred the methodological recommendations to the Investigative Units, which made it possible to significantly reduce cases of unjustified transfer of criminal cases to court with such petitions. The attention of the Regional Investigating Authorities was drawn to the inadmissibility of using this legislative norm in criminal cases related to causing damage to juveniles, violation of sexual integrity, and a number of other crimes.

This year, the Territorial Investigating Authorities submitted 797 files to the court with petitions on fine imposement for crimes of minor and medium gravity, when the perpetrator compensated for the harm caused. Thus, using this mechanism in the investigation of economic offenses, the Investigative Units for Krasnoyarsk krai and the Republic of Khakassia, Tverskaya oblast promptly finalized the investigations and achieved full compensation for the damage caused. At the same time, cases of unreasonable use of this institution were noted, where the public danger of the deed was not taken into account and possible punishment, which allows the perpetrators to avoid criminal liability and hinders the restoration of social justice, as well as the prevention of crime.

After listening to the reports, Mr. A.I. Bastrykin gave a number of instructions and determined the deadlines for their implementation.

In the final part of the meeting, the Chairman of the Investigative Committee of Russia noted that the application of the institution of a judicial fine must be legal, justified and correspond to the gravity of the committed crime. “There are obvious cases when it is impossible to get off with a fine, real criminal punishment is necessary,” the Head of the Committee added. 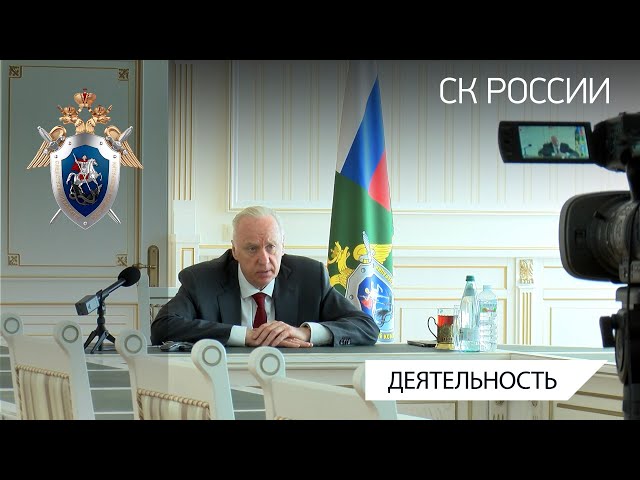