Moscow Region
The Chairman of the Investigative Committee instructs to transfer the criminal case on the assassination of Ms. Darya Dugina to the Main Investigative Directorate of the IC
21 August 2022
11:40
1
print version

On the evening of August 20, 2022, an explosive device went off in Toyota Land Cruiser, and then the car caught fire. The car was moving near the Bolshie Vyazemy settlement, Moscow oblast. At the moment, it has already been identified that the explosive device was planted under the bottom of the car on the driver's side. Ms.Daria Dugina, who was driving, died on the spot.

Currently, investigators, with the participation of specialists from the Main Directorate of Forensic Science of the Russian Investigative Committee, continue to inspect the scene of the crime, including the participation of an explosives specialist, they examined a burned-out car, which was subsequently evacuated to a specialized parking lot. Expert examinations are appointed, including biological, genetic, physical-chemical, explosive forensic examinations, a video recording from the car’s DVR is seized, an order was sent to operational services to identify the criminals and other witnesses. Taking into account the data already obtained, the investigation believes that the crime was pre-orchestrated and contracted. 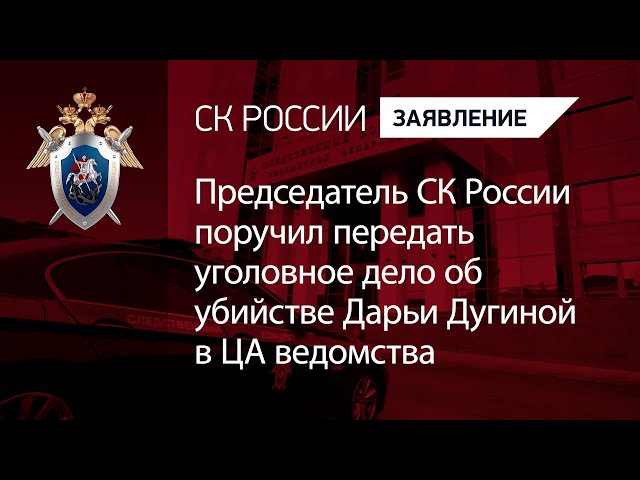