The Chairman of the Investigative Committee of Russia personally examined the mansion of E.P. Saltykova in St. Petersburg and held a brief meeting
24 August 2022
20:25
1
print version

The Chairman of the Russian Investigative Committee personally examined the mansion, and afterwards he held a brief meeting with his subordinates. He instructed to strengthen the investigation team, including investigators from the Main Directorate, and to promote the process of investigation and examination in order to identify and prosecute all persons involved in illegal actions. The investigation of the criminal case is a subject to a special control by the Chairman.

The Head of the Department instructed to organize an internal inspection relative to the investigators of the Main Investigative Directorate for St. Petersburg, who was in charge of the criminal case, noting the unsatisfactory work of the investigation at the preliminary stage.

Along with this, the Head of the Body instructed to launch another criminal case against Mr. Nikolai Markov, the office manager of Mandarin Production and Commercial Company LLC, accused of assaulting Mr. Oleg Mukhin, city historic preservation activist, and to achieve a pre-trial restraint as custody for him.

In addition, on the motion of Mr. A.I. Bastrykin, a meeting with the historic preservation activists of St. Petersburg will be organized in the nearset future due to discuss the issues of protecting the city's cultural heritage.

The Chairman of the Russian Investigative Committee also instructed, to suspend all demolition works of the disputed cultural heritage sites, in accordance with the procedure established by law. 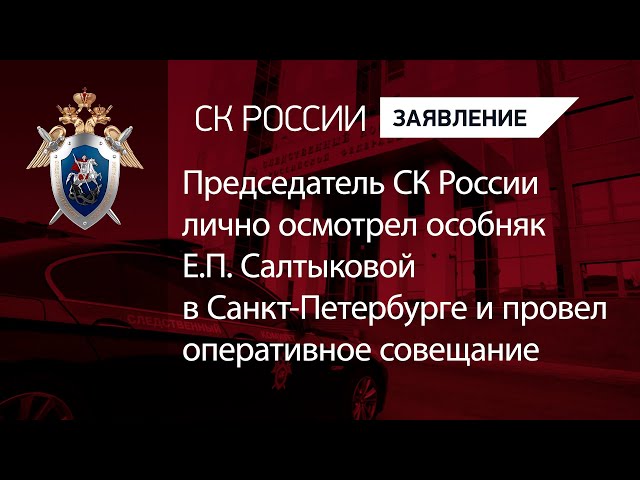