The Chairman of the Investigative Committee of Russia instructs to launch a criminal investigation on the murder of the Head of the military-civilian administration of Mikhailovka, urban-type settlement, Zaporozhye oblast
24 August 2022
11:34
1
print version

The Chairman of the Investigative Committee of the Russian Federation instructed to launch a criminal case into the death of Mr. Ivan Sushko, Head of the military-civilian administration of the urban-type settlement named Mikhailovka, located in Zaporozhye oblast and to report on the initial investigative actions.

According to reports, Mr. Sushko died as a result of a car explosion. Presumably, an explosive device was planted under the seat of his car. 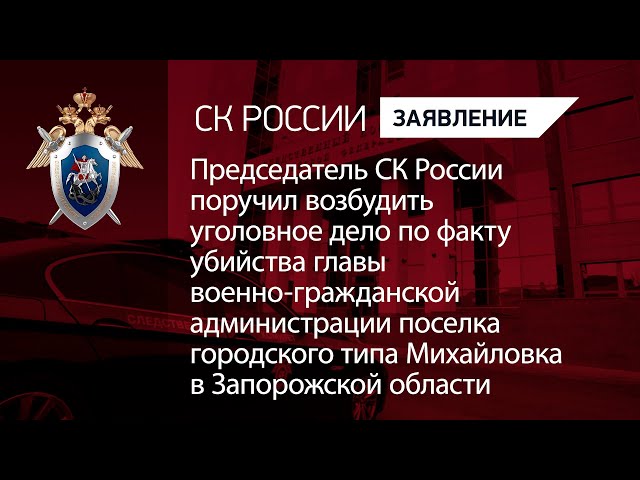