Investigators continue to document the after-effects of the shelling in Kalininsky and Petrovsky raions of the Donetsk city
25 August 2022
12:25
1
print version

Within a criminal investigation, Investigators of the Investigative Committee of the Russian Federation are inspecting warehouses located on Sigova Street, Kalininsky raion and a residential area in Petrovsky raion, Donetsk, which were shelled by the Armed Forces of Ukraine.

According to the investigation, the commanders of the 25th separate airborne brigade of the Armed Forces of Ukraine (breaching the requirements of the Geneva Convention for the Protection of Civilian Population dated 12.08.1949 and its Additional Protocol, which bans the use of weapons if this may cause excessive loss of life or injuries among civilians) ordered the subordinated military personnel to shell Kalininsky and Petrovsky raions of Donetsk with artillery weapons of 155 mm caliber.

On this fact, a criminal case was launched against servicemen of the 25th separate airborne brigade of the Armed Forces of Ukraine on the offense of a crime prescribed in Part 1, Article 356 of the Criminal Code of the Russian Federation (ill-treatment of the civilian persons, use of banned means and methods of warfare). 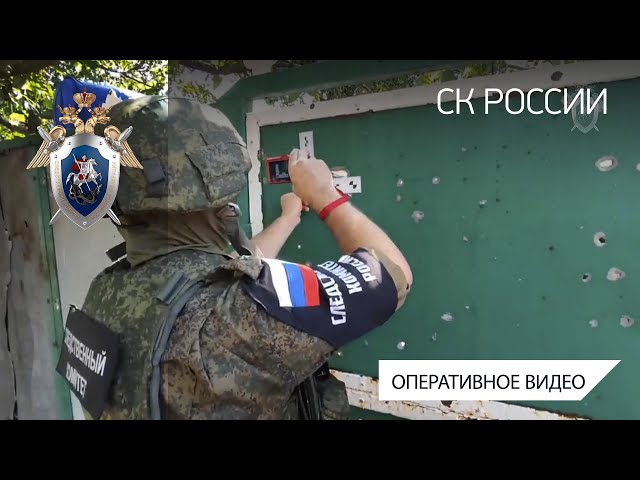