Officers of the Investigative Committee of Russia, with the assistance of the Ministry of Defense of the Russian Federation and Advisor to the Head of the Donetsk People's Republic on children's rights E.M. Fedorenko took off Donbas more than 50 children. Most of the children have lost their parents and now they especially need attention and care. The children expressed a desire to study in educational institutions of the IC of Russia, so in this regard, the representatives of the Department of educational work of the IC of Russia provided them with the necessary assistance.

The arrived children were sent to the Moscow and Volgograd cadet corps of the Russian Investigative Committee, where they will study. In addition, two children were sent to the Kuban Cossack Cadet Corps named after M.P. Babych and to the First Ruza Cossack Cadet Corps named after the Hero of the Soviet Union L.M. Dovator. The Investigative Committee took patronage over the guys and will continue to provide them with assistance in all matters. Among the arrived minors there are wounded ones and they are placed in the Research Institute of Emergency Pediatric Surgery and Trauma (Doctor L.M. Roshal). On the way, the children were accompanied by Mr. V.A. Mitish, Head of the Research Institute of Emergency Pediatric Surgery and Trauma, who supervised all issues too. Doctors of the Research Institute of EPST in cooperation with the Republican Traumatological Center of Donetsk (RTC) will continue the rehabilitation of the children. Donetsk doctors have done everything possible to restore the health of children. Thanks to their professionalism, they got a chance to fully live and develop. Moscow medical colleagues will now continue this work. In addition, one infant was placed in the Russian National Research Medical University named after N.I. Pirogov. Some of the guys were sent to the Scientific and Practical Center for Child Psychoneurology of the Moscow Health Department, where Ms. T.T. Batysheva, Head of the Institution, warmly welcomed new patients. Here they will receive highly qualified medical care from a wonderful team of doctors.

On the Day of Knowledge, the Investigative Committee of Russia also provided assistance to the Russian Children's Fund, which deals with the delivery of humanitarian aid to the children of Donbas.

Mr. Sergey Vasilyevich Petrov, Head of the Educational Work Directorate of the Russian Investigative Committee, assured that the work would be continued. After all, many children of Donbas need health resort treatment, in addition to urgent medical care. 20 children of Donbas, with the assistance of the department, have already rested in Krasnodarskiy krai this summer and they are entering the new school year with upgraded vigor. Mr. S.V. Petrov also stressed that the children need the most comfortable conditions for continuing their education. 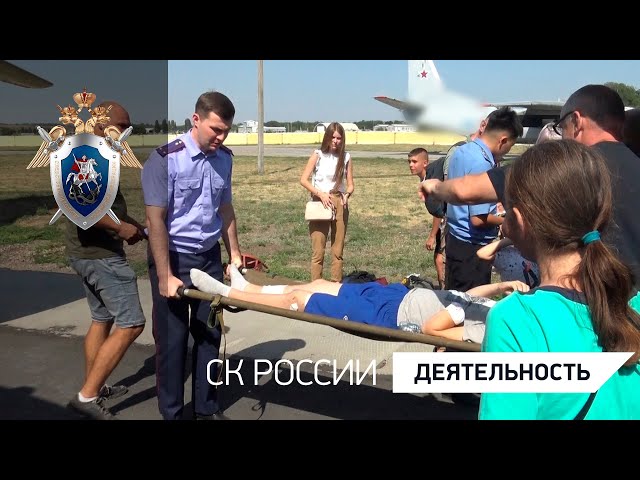