Captured Ukrainian servicemen told details of the killings of civilians during interrogations by the Russian Investigative Committee
11 November 2022
13:12
5
print version

In the proceedings of the Main Investigation Directorate of the Investigative Committee of Russia are criminal investigations launched on the offenses of crimes prescribed in Part 1, Article 356 of the Criminal Code of the Russian Federation (ill-treatment of prisoners of war or the civilian population, the use of means and methods of warfare banned by the International Treaty of the Russian Federation), against the commanders and servicemen of the Armed Forces of Ukraine.

Mr. Vasily Mikhailov and Mr.Daniil Ovchinnikov, servicemen of the 36th Separate Marine Brigade of the Armed Forces of Ukraine, are among them, as well as Mr. Artur Pustovoit and Mr. Aleksey Tomilin, commander and soldier of the 74th Separate Reconnaissance Battalion of the Armed Forces of Ukraine. Within the criminal investigations, Investigators of the Russian Investigative Committee conducted interrogations on the crimes of the mentioned above servicemen, who between March and April 2022 carried out the illegal orders of their command to brutally kill civilians. Their guilt has been proven by a set of investigative actions and examinations.

Thus, according to the investigation, during the interrogation of one of the civilians detained by the Ukrainian military on the territory of a kindergarten in the village of Mirny, where the positions of the Armed Forces of Ukraine were deployed, Mr. Vasily Mikhailov inflicted multiple blows on the man, he later died from them. A serviceman of the same 36th brigade, Mr. Daniil Ovchinnikov, told the investigators that he followed the order of his commander and shot civilians, despite the fact that they were not servicemen and did not pose any threat to the military. Also, an unarmed man became an innocent victim of Mr. Artur Pustovoit, commander of the 74th separate reconnaissance battalion of the Armed Forces of Ukraine. Without verifying his identity, Mr. Pustovoit immediately fired a shot to kill.

In the testimony of Ukrainian servicemen, there is not a grain of remorse or regret for what they have done. All confessions are the same. Investigators note that the punitive activities of Ukrainian nationalists are comparable to the crimes of the Nazis during the Great Patriotic War. A vivid example of this is the cruel and cynical murder of an elderly woman in Mariupol. Investigators established that Ms. Galina Kharitonova, a local resident, expressed words of support towards Russia, after which a colleague of Mr. Alexei Tomilin shot the woman in the back of the head with a pistol, and then Mr. Tomilin himself shot her in the chest area. In addition, he is accused of killing two more civilians.

The Investigative Committee, together with the operational services of the Ministry of Internal Affairs and the FSB of Russia, the Ministry of Defense of the Russian Federation, continues to identify Ukrainian nationalists involved in the torture and murder of civilians, as well as Russian military personnel who were captured. Investigators collect and document evidence of the brutal crimes of nationalists so that none of them escapes criminal prosecution. 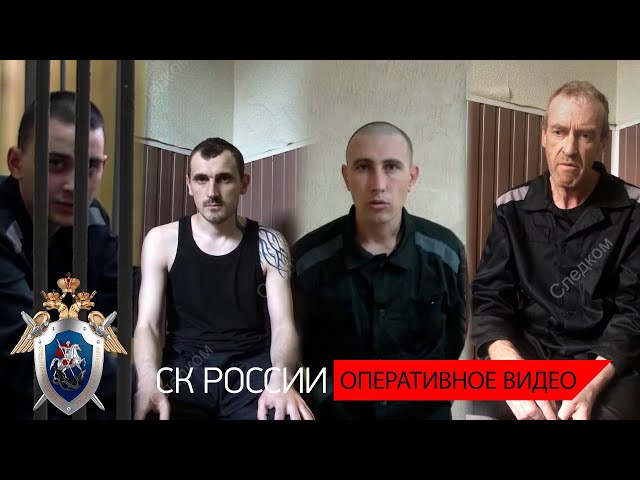 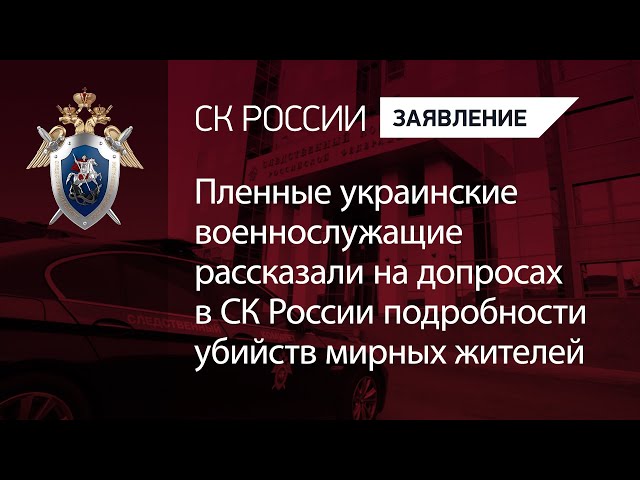