The Chairman of the Investigative Committee of Russia discussed with students of the Moscow Academy of the Committee the results of the Second All-Russian Forum of Orphanage Graduates
29 November 2021
17:01
5
print version

A meeting was held between Alexander Ivanovich Bastrykin and students of the Moscow Academy of the Investigative Committee of Russian from among graduates of orphanages.

The topic of the meeting was a discussion of the results of the recent II All-Russian Forum for orphanage graduates "We Need Each Other", organized by the All-Russian public organization "The Commonwealth of orphanage graduates "Children of the Whole Country". Students of the Moscow Academy of the Investigative Committee of Russia took part in it together with Sergey Vasilievich Petrov and Evgenia Viktorovna Minaeva, head of the department of procedural control over the investigation of certain types of crimes of the Investigative Committee of Russia. Also guests and experts of the forum platforms were representatives of federal and regional legislative and executive authorities, representatives of law enforcement agencies, Children's Rights Ombudsman Maria Alexeyevna Lvova-Belova, leading teachers and psychologists.

The Head of the IC of Russia asked the children to share their impressions of the event. They agreed that the forum was held in a warm and friendly atmosphere. The kids managed to learn a lot of useful information.

A.M. Sarbalayev told the Chairman of the IC of Russia about the results of the forum and showed a thematic video clip. He also added that, thanks to the assistance of the IC of Russia, serious results had been achieved in resolving the issue of granting orphans without housing the right to register at their place of residence - at the addresses of municipal administrations. A corresponding bill is scheduled to be considered by the State Duma of the Federal Assembly of the Russian Federation as early as the beginning of 2022. A.M. Sarbalayev also raised the problem of postnatal support of orphanage graduates, pointing out that, unfortunately, there is an increase in crime among citizens of this category. The issues of providing orphans with the housing under the law were touched upon. Alexander Bastrykin stressed that the Investigative Committee of Russia adheres to a tough stance in this area and immediately initiates criminal proceedings for violation of the housing rights of orphans, whether it is providing them with substandard housing or delaying the deadlines. Specific proposals for the settlement and resolution of the situation were also voiced. A.M. Sarbalayev thanked the head of the Investigative Committee of Russia for the help and support provided by employees of the department to children who find themselves in difficult situations.

Turning directly to the questions relating to the students of the academies of the Investigative Committee of Russia, A.I. Bastrykin first of all listened to the wishes of the guys. Thus, many of them expressed a request to involve them in practice as early as possible. Chairman of the Investigative Committee of Russia recalled that the departmental documents provide for the institute of public assistant investigator, and this experience has given a positive result.

"I want to convey to you the main thing. Putting on the shoulder straps, entering into the public-legal relations, you must remember that these are not only rights, but above all duties. The position of public assistant is very important, so you, even as students, can see what awaits you later in the service, how to communicate with citizens, including victims. First think about the Motherland, then about yourself - that is our principle", - A.I. Bastrykin addressed the students.

Separately, the issue of distance learning in educational institutions of the IC of Russia during the pandemic was touched upon. The Head of the North Caucasus Region pointed out that health was more important than anything else, and therefore decisions about the format of education would be made in accordance with the epidemiological situation.

At the end of the meeting A.I. Bastrykin thanked the children for the lively and interesting conversation. And the guys, in turn, noted the special care and attention to their fate on the part of the department. "Read more books, watch more movies, especially about the Great Patriotic War. There are a lot of true reference points, which will help you a lot in life and in work", - the Chairman of the Investigative Committee of Russia advised the children. 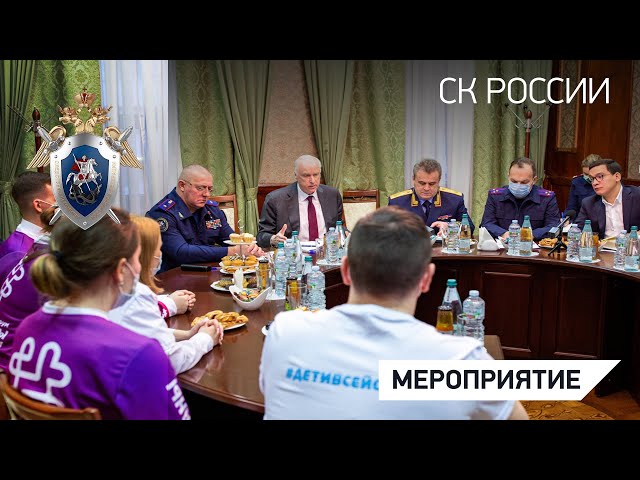