The Chairman of the Investigative Committee of Russia and the Officials of the Directorate take part in «the Immortal Regiment» march
09 May 2022
19:35
29
print version

The Main Investigative Directorate Officials, the Officials of the Investigative Bodies, including the students of Departmental Educational Organizations of Moscow oblast, headed by the Chairman of the Investigative Committee of the Russian Federation Alexander Ivanovich Bastrykin, took part in the Immortal Regiment march in the capital of our country. This good tradition has become another opportunity to pay tribute to the glorious ancestors for every Official of the Investigative Body. The participants of the marching in the common line of the Immortal Regiment, have carried the portraits and photographs of the Great Patriotic War Heroes, pictures of their relatives and friends: front-line soldiers and home front workers who fought against fascism, this was done in memory of the feat of all those who forged the Great Victory in the war against the Nazi invaders.

The nationwide movement "Immortal Regiment of Russia" appeared on the citizens’ initiative. In 2015, representatives of 60 regions of the country, who gathered at a congress in Vyazma, a city of military glory, in Smolensk oblast, spoke in favor of its creation. Today the movement unites 79 regional branches and more than 200 international coordinators on all continents.

The main target of the "Immortal Regiment" is to perpetuate the feat of the Great Patriotic War Heroes, to preserve the memory of the valor and courage of the people, and to restore the continuity of generations. The invaluable experience of our grandfathers and great-grandfathers is of particular importance at a time when humanity is facing a global challenge by neo-Nazis once again. The upbringing of young people in the spirit of patriotism, the adherence to principles and fidelity to the duty to the Motherland does not allow the current defenders to give up in difficult times. And this movement is another reminder of the inadmissibility of the misanthropy ideology revival.

Officers, students and cadets of the Investigative Committee of Russia of the whole country carried the portraits of their relatives and friends in the Immortal Regiment march, who participated in the Motherland and Europe liberation from fascism. 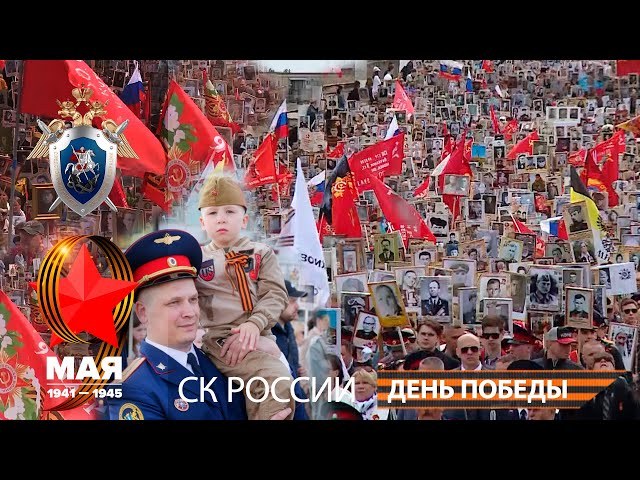