The Chairman of the Investigative Committee of Russia spoke at the All-Russian seminar "Without Statute of Limitations"
06 December 2021
16:59
6
print version

The Chairman of the Investigative Committee of Russia Alexander Ivanovich Bastrykin spoke via videoconference at the All-Russian seminar "Without Statute of Limitations". The event is taking place these days at the Victory Museum in Moscow.

S.G. Novikov opened the meeting. In his welcoming speech, he emphasized the role and interest of young people in such important projects as "Without Statute of Limitations", which remind of tragic events and heroism of people.

Addressing the forum participants, A.I. Bastrykin noted that the event was very important for the protection of the memory of fallen soldiers. "It is symbolic that the seminar is taking place during the 80th anniversary of the Red Army's counterattack near Moscow. It was the first major victory of the Soviet troops in the battle for the homeland. This is the story of every Russian family. And the "Immortal Regiment" is an initiative of the entire Russian people, which takes place outside our country as well," the head of the IC of Russia said.

Turning to the seminar agenda, he recalled the criminal cases against Nazi punitive units for genocide of civilians in the Republic of Karelia, Krasnodar Krai, Novgorod, Pskov, Leningrad, Volgograd, Orel, Rostov, Tver regions, and the Republic of Crimea that are being investigated by the Investigative Committee of Russia.

"Unfortunately, the world has changed seriously in recent decades. Abroad, attempts to falsify the history of World War II and the Great Patriotic War are intensifying, but are also joined by a revision of its generally recognized outcomes, including the legal outcome of the Nuremberg Tribunal. A number of states persistently seek to justify the crimes of the Nazis, campaigns against monuments and graves of soldiers-liberators are gaining momentum, attempts to distort the historical truth do not stop," Bastrykin said. The Headquarters for the coordination of research and archival work was established within the Investigative Committee of Russia to perpetuate the memory of civilians who died at the hands of Nazi invaders during the Nazi occupation and to make public the facts of the mass destruction of civilians during the Great Patriotic War. Cooperation with the Ministry of Defense, EMERCOM, administrative authorities, archival institutions, NGOs and search parties has been established.

The head of the Investigative Committee of Russia emphasized the special role of volunteers in this work and reminded that December 5 was their holiday. "It is young people who form the basis of the search and volunteer movement. They open unknown pages of our military history, return the names of heroes to the Fatherland, open new examples of deeds, on which the new generation should be educated", - said A.I. Bastrykin. He added that students of educational institutions of the Investigative Committee of Russia are actively involved in volunteer work, and the department organized the "Relay of good deeds", which covered the whole country and found a positive response from citizens.

Students of the academies the Investigative Committee of Russia visited the exhibition of the winners of the All-Russian Student Architecture Contest "Without a Statute of Limitations. A Minute of Silence." "Our ancestors shoulder to shoulder defended the homeland from enemies and paid a huge price for the victory over fascism. Patriotic education of young generation, preservation of cultural, moral and historical values, as well as education of respectful attitude to veterans of the Great Patriotic War, general memory of heroes who fell for the Motherland - one of the main tasks of officers of Investigative Committee of Russian Federation", was the opinion the students shared. 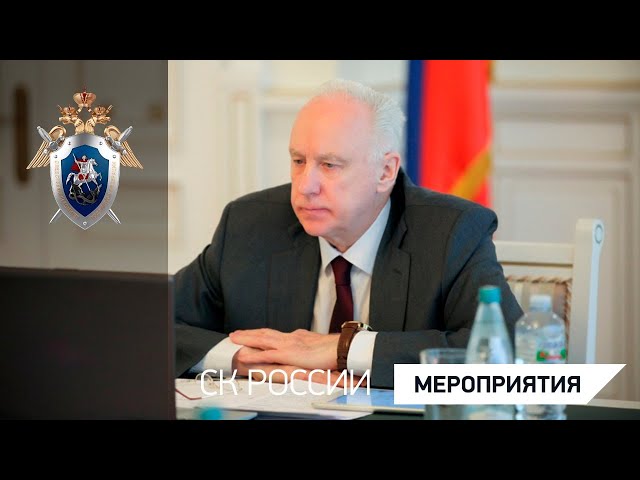