The investigation into the criminal case of the Vostok fishing vessel wreck, which resulted in the death of 20 crew members, completed
06 September 2021
12:40
1
print version

The Main Investigative Department of the Investigative Committee of Russia finished investigation of a probe into Andrey Klochkov convicted of violation of rights for safe operation of sea transport entailing by negligence death of two or more persons (Part 3 of Article 263 of the Criminal Code of Russia).

According to investigators, while serving as deputy director for navigation safety in DV-Flot LLC, Klochkov improperly performed his official duties to ensure the safety of navigation of the company's fleet. In particular, the accused failed to train the crew of the Vostok fishing vessel to act in potential emergency situations. In the absence of practical skills and crew readiness to fight for survivability, Klochkov allowed the Vostok to leave the port of Donhae of the Republic of Korea for the port of Kholmsk, Sakhalin Oblast. Having information about unfavorable weather conditions in the Sea of Japan in the area of Vostok's planned route, in violation of his official duties he did not provide the ship's crew with complete and timely information on operating the ship in the existing weather conditions. As a result, on January 25, 2018 at about 05:00 (Vladivostok time), under the influence of stormy wind and waves, the vessel was exposed to intensive icing, lost stability and sank. 20 crew members died in conditions of impossibility to leave the capsized and distressed vessel.

The results of a number of examinations and the totality of other evidence allowed to reconstruct the whole picture of what had happened. Completion of the criminal investigation was made possible by the production in 2019 and 2020, together with the Ministry of Education of Science and the Ministry of Defense of Russia, of a long-term search using sophisticated deep-sea equipment. The Vostok vessel was found in the waters of the Sea of Japan not far from where the emergency beacon was triggered at a depth of about 3,000 meters.

At the initiative of the investigation, the owners of the company paid 1.5 million rubles as a compensation to the family of each deceased sailor. 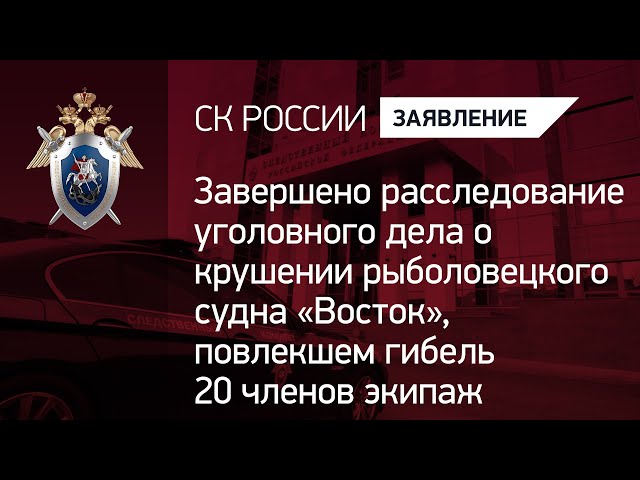 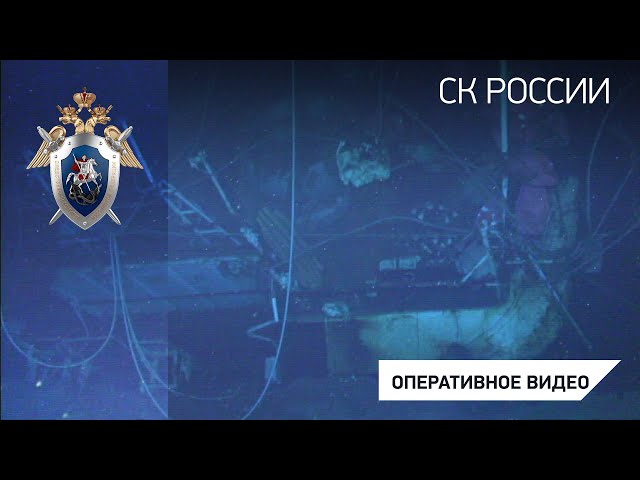