The Leningrad Regional Investigative Department of the Investigative Committee of Russia finished investigation of a probe into Director General of LLC EVRIKAl. He is accused of committing a crime under Paragraph B of Part 2 of Article 243.4 of the Criminal Code (damage to military cemeteries located on the territory of the Russian Federation to cause damage to the historical and cultural significance of these objects, in respect of military cemeteries perpetuating the memory of those killed in defense of the Fatherland during the Great Patriotic War).

The investigation established that the general director of EVRIKAl LLC was aware that on the land plot owned by EVRIKAL LLC in the Tosno district of Leningrad region there are lost and unrecorded military burials of people killed during the Great Patriotic War of 1941-1945. Between March and June 2021 he repeatedly instructed those who were performing work at the site to perform excavation work using heavy construction machinery to remove the soil with bone remains of fallen defenders of the Great Patriotic War and to remove the soil outside the plot of land in order to damage the historical and cultural significance of this military burial ground. These actions of the accused led to damage to the military graves of the dead soldiers of the Great Patriotic War.

At the request of the investigative authority, the court selected a measure of restraint in the form of house arrest for the General Director of EVRIKAL LLC at the stage of the preliminary investigation.

Investigators of the Investigative Committee of Russia carried out a significant set of measures aimed at collecting and consolidating evidence in the criminal case. The criminal case with the approved indictment will be shortly sent to the court to be tried on the merits.

It is to be noted that the Investigative Committee of Russia is actively engaged in preserving the memory and prevention of falsifying of the Great Patriotic War History. And any attempts to damage or destroy military graves will not be ignored, they will be investigated, they will be given an appropriate legal assessment.

Upon instruction of the Chairman of the Investigative Committee of Russia the investigation of the criminal case is under supervision of the Central Office of the Committee. 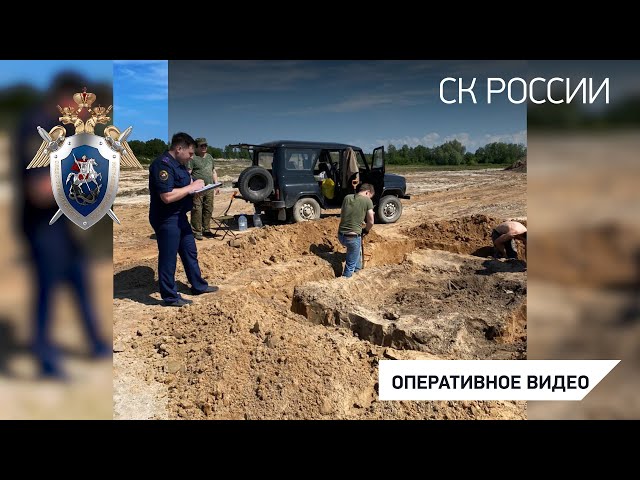