The Heads of the Committee and Prosecutor General discussed the protection of traditional values and public interests from criminal attacks in the context of transnational crime. Specific measures to improve activities in this area were proposed in the course of the dialogue. Particular attention was paid to the practice of developing a mechanism for the execution of requests for legal assistance in criminal cases. The Republic of Kazakhstan, an important partner and ally of Russia, and the Russian Federation have established cooperation in the main areas of practical investigative work, allowing both sides to ensure the implementation of tasks to strengthen and protect law and order, Alexander Bastrykin said. "We carry out our professional duties together according to a common plan. It is pleasing that our close cooperation is related not only to the criminal cases we investigate together, but also to academic issues, such as in-service training for investigators and other areas where our interests converge," Bastrykin added.

Gizat Daurenbekovich Nurdauletov also appreciated the level of relations between the agencies, noting that "the last meeting was very productive and left the most pleasant memories". The Prosecutor General of the Republic of Kazakhstan expressed his gratitude for the assistance provided in the investigation of criminal cases and for the high-quality materials on executed requests for legal assistance.

The meeting also focused on the importance of countering attempts to rewrite the shared history that binds the two nations together. It was our grandfathers and great grandfathers, the Soviet people, who defeated the Nazi invader despite all the hardships and the onslaught of the enemy. However, attempts to denigrate the central role of our forefathers in this victory do not cease, and such actions must be met with an appropriate reaction. Speaking about the importance of preserving the memory of heroic milestones in history, Gizat Daurenbekovich shared memories of his grandfather's combat past, including his participation in the defence of Leningrad during the Great Patriotic War, and unforgettable impressions of attending the Victory Day celebration with his grandfather in Leningrad in 1975. The Head of the Investigative Committee of Russia thanked his colleague for his sincerity, noting the symbolism and special value of such memories on the 80th anniversary of the launch of traffic along the Road of Life from besieged Leningrad. 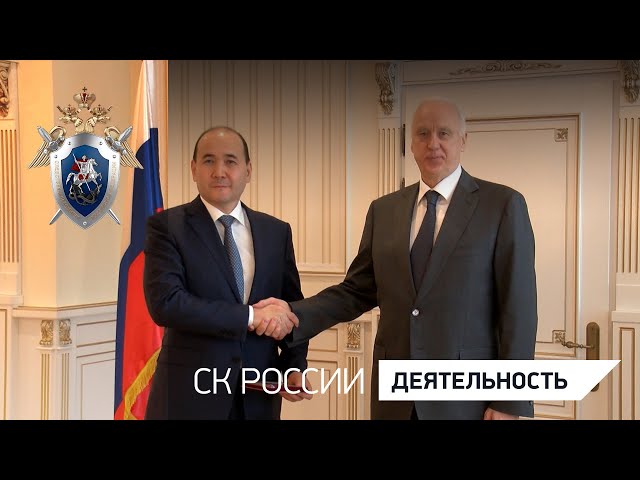