The Main Investigative Department of the IC of Russia initiated a criminal case on a possible crime under Part 3 of Article 30, Paragraphs A, F, G of Part 2 of Article 105 of the Criminal Code (attempted murder of two or more persons committed in a generally dangerous way by a group of persons), in connection with opening fire at a Russian vessel.

According to the investigators, on March 12, 2022, Ukrainian servicemen conducting military operations in the south-east of Ukraine fired indiscriminate weapons at the Russian civilian cargo vessel Sormovsky 3064. When the fire was opened, the vessel was located in the Sea of Azov 12 km north of the village of Shabelskoye, Shcherbinovsky District, Krasnodar Krai and was heading from the port of the Republic of Greece to the seaport of Taganrog. As a result of a shell hitting the cabin of the senior mate, the vessel caught fire. Due to the crew's actions, the fire was localized and the ship left the dangerous waters.

Currently, the investigation is establishing all the circumstances of the incident and Ukrainian servicemen involved in this attack. 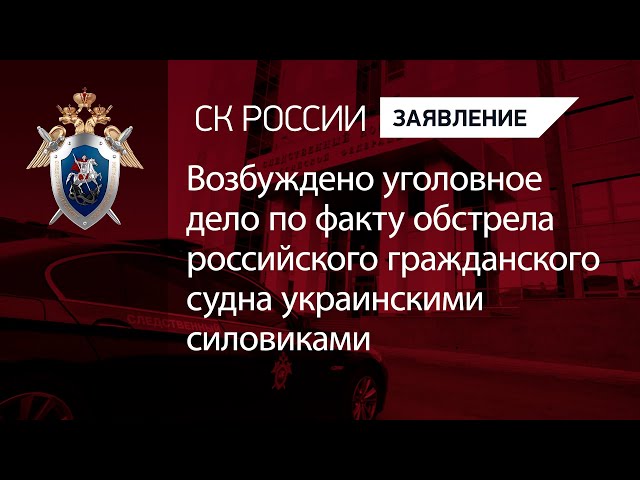