The Chairman of the Investigative Committee of Russia instructs to launch a criminal case on the terrorist attack, which killed the Prosecutor General of the Lugansk People's Republic and its deputy
16 September 2022
13:40
1
print version

Mr. Alexander Ivanovich Bastrykin, Chairman of the Investigative Committee of the Russian Federation, instructed to launch a criminal investigation into the terrorist act that resulted in the deaths of Mr. Sergey Sergeevich Gorenko, Prosecutor General of the Lugansk People's Republic, and Ms. Ekaterina Nikolaevna Steglenko, his deputy.

On September 16, 2022, an explosion occurred in the building of the General Prosecutor's Office of the Lugansk People’s Republic, as a result of which the Head of the Directorate, Mr. S.S.Gorenko and his deputy Ms. E.N. Steglenko were fatally injured.

On the instruction of the Chairman of the Investigative Committee of Russia, the investigators will identify the circumstances of the crime; the actions of all involved persons will be legally assessed. 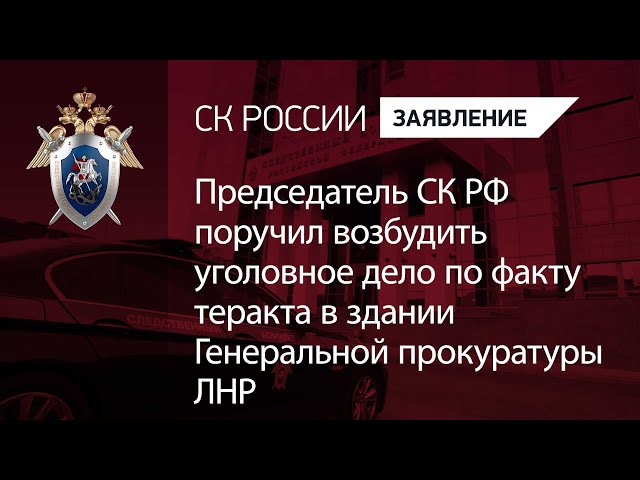