In Moscow, a guilty verdict is adjudicated to accessories to the crime over the case of the natural gas theft
23 September 2022
20:30
1
print version

Evidence collected by the Main Investigative Directorate of the Investigative Committee of the Russian Federation was recognized by the jury as sufficient for issuing a guilty verdict against former Senator of the Federation Council Mr. Rauf Arashukov and his father Mr. Raul Arashukov, former Officers of the Investigative Directorate of the Investigative Committee of Russia for the Karachayevo-Cherkessian Republic Mr. Kazbek Bulatov and Mr. Andrey Filippov, Head of the center on combating extremism of the Republican Ministry of Internal Affairs Mr. Timur Betuganov, an Employee of Gazprom Mezhregiongaz Stavropol LLC Mr. Guzer Khashukaev. Depending on the role of participation of each, they are charged with up to 16 episodes of crimes prescribed in Part 3, Article 210 (Creation of a Criminal Community and Participation Therein), paragraphs "a", "g", "h" Part 2, Article 105 (murder), Part 4, Article 160 (appropriation, embezzlement), Part 4, Article 309 (bribery or forced confession or avoidance of giving testimony), paragraph "c" part 3 of Art. 286 (abuse of office) of the Criminal Code of the Russian Federation.

The investigation and the court established that Mr. Raul Arashukov, together with his assessory to crime, committed the theft of natural gas in the amount of 3.8 billion rubles in Stavropol krai and the Karachayevo-Cherkessian Republic, as well as embezzlement of funds from gas industry enterprises under the guise of payment under work contracts and wage payments to their relatives. He and his son Rauf Arashukov were also charged with organizing the murders in 2010 in the Cherkessk city of a representative of the Circassian youth movement Mr.Aslan Zhukov and an adviser to the head of the KChR Mr. Fral Shebzukhov, who tried to prevent the activity of the criminal group. In addition, Mr. Rauf Arashukov was found guilty of organizing the beatingout of Cherkessk City Duma deputy Mr. Ruslan Kardanov in order to change his testimony about his involvement in the murders.

Also the following law enforcement officers and members of the criminal community were found guilty: Mr. Kazbek Bulatov, Mr. Andrey Filippov and Mr. Timur Betuganov, they all took measures to conceal evidence of the crimes of the Arashukovs.

Mr. Guzer Khashukaev, a member of the criminal community, was found guilty of natural gas theft and knowingly false report.

More than 400 witnesses were interrogated over the criminal case, more than 200 forensic examinations were conducted. A set of linkage evidence of the involvement of all defendants in criminal activity was collected within the preliminary investigation.

The jury delivered a guilty verdict against the defendants, on the basis of which the court will adjudicate the verdict.

The criminal case against the other 14 members of the criminal community is being considered by the Preobrazhensky District Court of Moscow in the usual procedures. 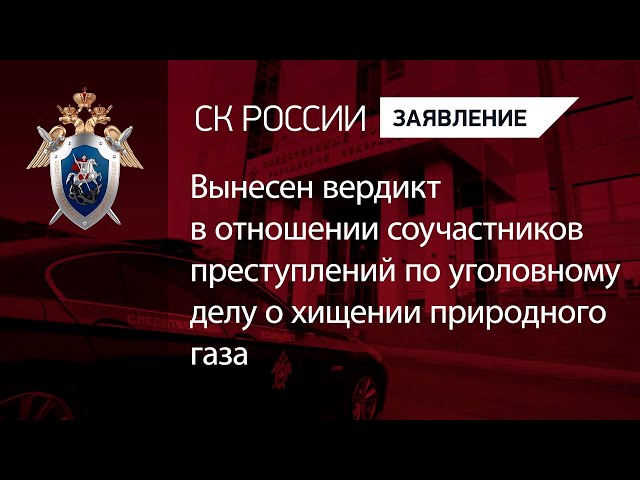