Officers of the Russian Investigative Committee document the consequences of the shelling of Donetsk and the destruction of Community Center in Stakhanov
23 September 2022
16:43
1
print version

Investigators of the Investigative Committee of the Russian Federation inspected Kirovsky, Kievsky, Kuibyshevsky and Kalininsky raions of Donetsk, which were attacked by the Armed Forces of Ukraine, as well as the building of the Community Center named after Gorky in the Stakhanov city, the Lugansk People's Republic, which was hit by at least 3 rockets as a result of shelling committed by the Armed Forces of Ukraine.

The investigation detected that the servicemen of the 25th separate airborne brigade of the Armed Forces of Ukraine (breaching the requirements stipulated in the Geneva Convention relative for the Protection of Civilian Persons during Warfare dated 12.08.1949 and its Additional Protocol, which bans the use of weapons if this may cause excessive loss of life or injury among civilians) fired Kirovsky, Kyiv, Kuibyshevsky and Kalininsky rayons of Donetsk from artillery weapons of caliber 152 and 155 mm. As a result of the deliberate actions, 2 civilians born in 1952 and 1955 received fatal injuries, 2 civilians born in 1971 and 1972 received shrapnel wounds of varying severity, houses were destroyed. Eyewitnesses have been questioned about the circumstances of the crime.

The shelling of the Community Centre in Stakhanov took place on September 19, 2022 at night, so human casualties were avoided. At the same time, the accessory building, where the sports hall was located, was completely destroyed. The fire, which had arisen in the left wing of the Community Centre, was quickly extinguished. According to preliminary data, the large hall and the main part of the building, where the main architectural values (paintings, sculptures, stucco molding in the style of socialist realism) are located, were not damaged. This building has a great historical value. Its creation is closely connected with the largest aircraft in the world built by the USSR - the 8-engine ANT-20 "Maxim Gorky". When a plane crashed as a result of crash in 1935, the residents of the city took the initiative to build a Community Center in the city, which would perpetuate his memory.

Preliminary investigation continues. Measures are being taken to identify the persons involved in the commission of the crime. 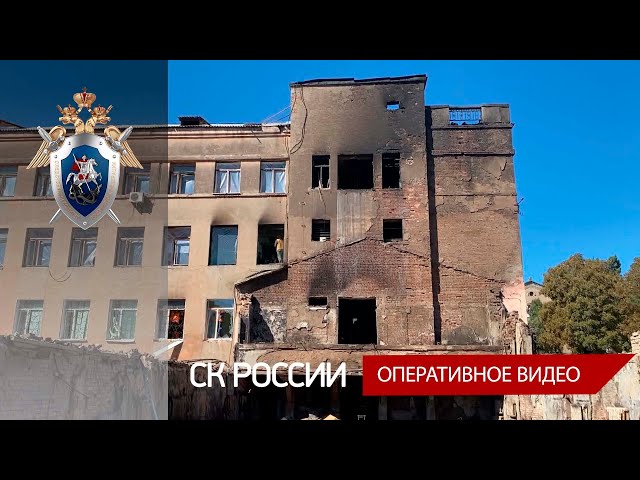