The Main Investigative Department of the Investigative Committee of Russia continues to investigate the criminal case against a resident of Voronezh Region Viktor Mirskoy. He is charged with committing crimes under Paragraphs A, B of Part 2 of Article 105, Article 317, Part 1 of Article 222.1 of the Criminal Code (murder of two or more persons, including a minor; encroachment on the life of law enforcement officers; illegal storage of weapons and explosives).

According to investigators, on September 16, 2021 Mirskoy committed the murder of an acquaintance of a family of three in the village of Volchanskoye in Voronezh region in the course of a domestic conflict. The accused then arrived at the Department of Internal Affairs of Russia in the Liskinsky district and committed an attack on police officers by detonating an improvised explosive device.

During the arrest, Viktor Mirsky resisted the law enforcement officers and was wounded, after which he was placed in a medical facility where he is receiving medical treatment.

At present Mirsky's condition, despite the fact that he remains in a medical institution, allows conducting investigative actions with him. He was interrogated in the presence of a defence lawyer. During the interrogation Mirsky fully confessed his guilt and informed the investigation in detail about the circumstances of the preparation and committing of these crimes, as well as about their motives. 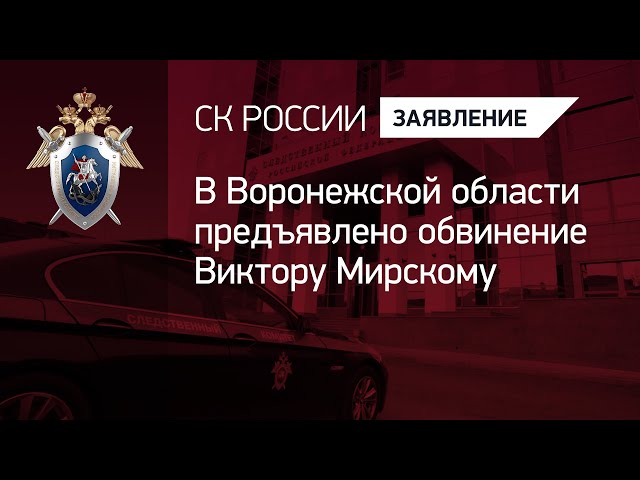