Khabarovsk Region
In the Jewish Autonomous Region, criminal investigation of negligence in the operation of the dam completed
15 October 2021
10:39
1
print version

The Investigative Department of the Investigative Committee of Russia for the Khabarovsk Territory and the Jewish Autonomous Region has finished investigation of a probe launched under Part 1 of Article 293 of the Criminal Code of Russia (negligence).

As established by the investigation, on September 14, 2020, there was an accident at a section of an earthen dam near the village of Leninskoye in the Jewish Autonomous Region. Water from Bykovo Lake flowed into household plots, causing flooding that caused material damage to citizens. In addition, the accident aggravated the flood condition within the boundaries of a number of streets in the village. The investigators estimated the total damage from the accident at 1,945,090 rubles. The specified dam is owned by the municipal entity "Leninsky Municipal District". The head of the department of national economy and life support of the population of the administration of the Leninsky municipal district was obliged, but did not ensure compliance with the mandatory requirements for the operation of a hydraulic structure. As a result, the absence of gates and valves of water outlets on the second section of the dam was not revealed, which did not allow timely prevention of erosion and flow of water masses into the village of Leninskoye, Leninsky district of the Jewish Autonomous Region and nearby agricultural lands.

In the criminal case, a complex of investigative and procedural actions was carried out, the results of which allowed to charge the official with committing the alleged crime. For security purposes, the court, at the request of the investigation, seized the property of the accused.

The investigation gathered enough evidence; therefore, the criminal case is prepared to be sent to the court to be tried on the merits. 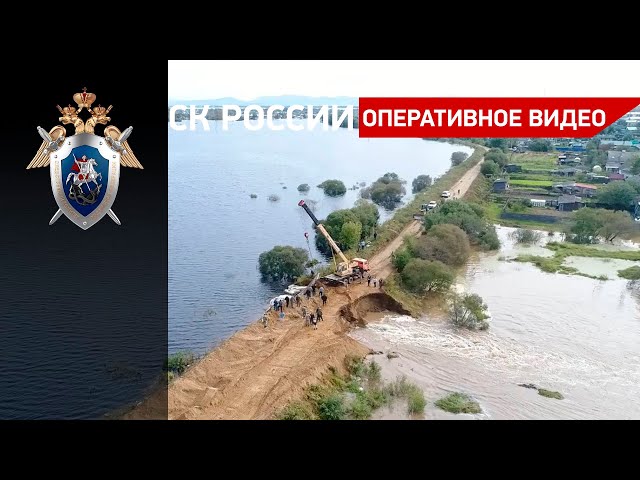