The Chairman of the Investigative Committee of Russia requests to launch a probe in relation to numerous shelling of Donbass settlement
26 October 2021
20:24
1
print version

Today, a number of media outlets reported continued aggressive actions by Ukrainian servicemen in the self-proclaimed Donetsk People's Republic, who carried out numerous artillery attacks on settlements in the Telmanovsky District, presumably with 122-mm caliber guns. As a result of these actions, a gas pipeline, transformer substations, and other infrastructure facilities were damaged. A large number of buildings, including a school and a hospital, were left without electricity. It is also noted that Ukrainian security forces seized the village of Staromarievka, which is home not only to citizens of the self-proclaimed DNR, but also to citizens of the Russian Federation. After that, the Ukrainian security forces began illegal searches of citizens' homes and detentions. 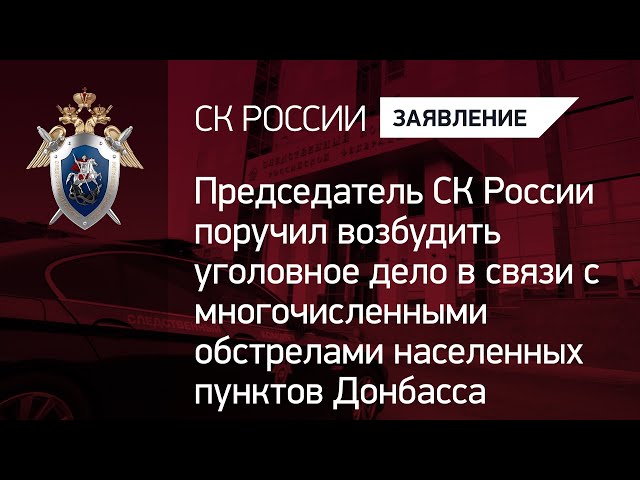