The Investigative Departments of the Investigative Committee of Russia for Primorsky and Kamchatka Territories are investigating criminal cases initiated in connection with illegal hunting, keeping and trafficking of especially valuable wild birds belonging to the species listed in the Red Book of the Russian Federation (Part 3 of Article 258.1 of the Criminal Code of the Russian Federation).

According to the investigators of Investigative Department of the Investigative Committee of Russia for Kamchatka Territory, three local residents aged from 34 to 57 years acting as an organized group of people during the period from August to November 2021 caught, transported and kept six individuals of Gyrfalcons belonging to especially valuable species of wild birds of the Falconiformes order. The birds were kept in a specially equipped cellar in an apartment in the village of Ossora, Karaginsky District of Kamchatka Territory, from where they were removed and, after examination by an ornithologist, released into their natural habitat.

The defendants in the case intended to sell the gyrfalcons to buyers from a foreign country. The damage to the Russian Federation from the criminal actions of the organized group is estimated at more than 13 million rubles. Two of the defendants pleaded guilty to the alleged crime and cooperated with the investigation, while one of the group's accomplices denied involvement in the act. 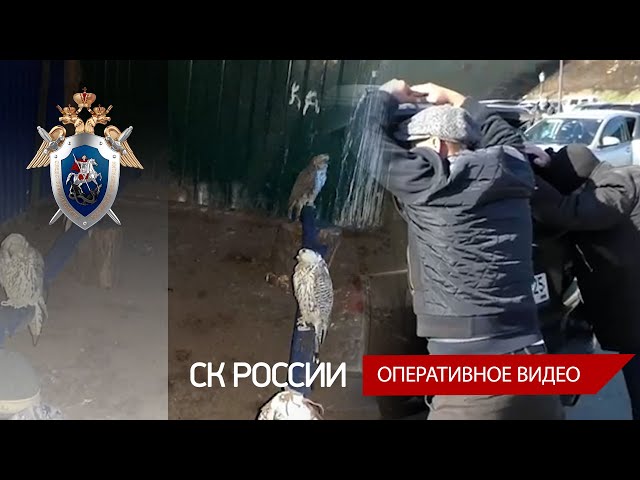