The IC of Russia Warns of Liability for Organizing and Participating in Unauthorized Actions
03 March 2022
10:10
1
print version

Again, possible mass actions in the coming days due to the tense foreign policy situation are being discussed in social networks and mass media.

The practice of the past years shows that the organizers of such events do not come to them in person, preferring to observe the unfolding events from the outside, sometimes from abroad, and to coordinate the events via social networks and messengers. Those who came to such unauthorized gatherings often fell under the influence of provocateurs and other persons who committed illegal actions, including against law enforcement officials. This entailed serious legal consequences for all participants.

The law provides for liability for participation in unauthorized mass actions. At the same time, participation in mass riots accompanied by violence is punishable by imprisonment for up to 8 years, and their organization – for up to 15 years. For enticing a minor in committing illegal actions using the Internet, the law establishes a penalty of up to 3 years in prison.

Addressing young people, students of educational institutions, we ask you not to succumb to provocations and not to follow calls on social networks, even if they come from people you know or if remuneration is promised. Their position may soon change, and the consequences of actions committed under the influence of unverified information will negatively affect your future. 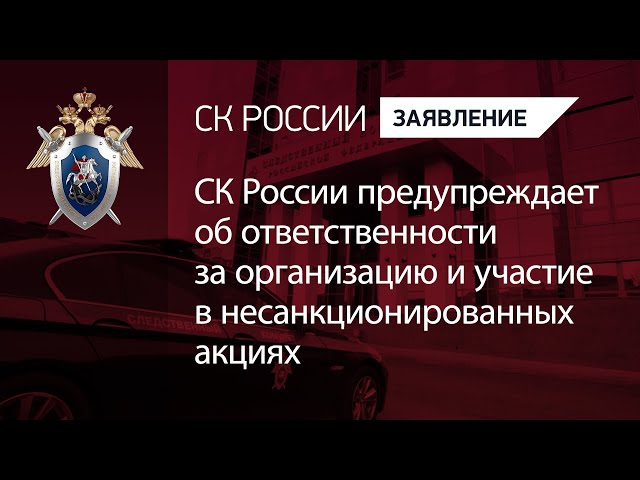