A Criminal Case Has Been Initiated Over Attempted Murder of a Rossiya Segodnya News Agency Reporter in the LPR
24 May 2022
11:03
1
print version

It has been established that servicemen of the Armed Forces of Ukraine fired at a car with a driver and a reporter of the Rossiya Segodnya News Agency on the Starobelsk-Rubezhnoye highway of the Lugansk People’s Republic. The journalist was preparing media stories covering the conduct of a special military operation by the Russian military.

Investigators of the IC of Russia, in cooperation with their colleagues from the law enforcement agencies of the LPR, are taking actions aimed at identifying the persons involved in the commission of this crime. 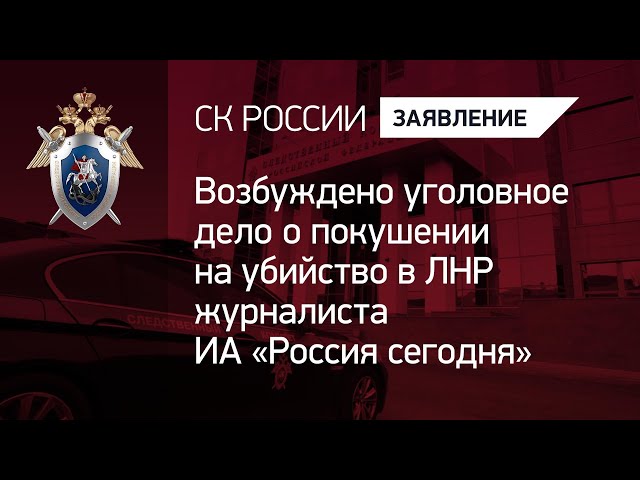