As part of the event, flowers were laid at the memorial plaque in memory of the Investigative Committee Officers, who died in the line of duty.

Opening the event, Mr. A.I. Bastrykin emphasized that today's holiday is a symbol of the Unity of Society, nations and generations. He noted that this year celebration is a very special one due to the entry of four subjects into the Russian Federation. "This year, National Unity Day is marked by the reunification of the Russian Federation with the Donetsk and the Lugansk People's Republics, Zaporozhye and Kherson Oblasts. People expressed their desire, and their will of the citizens of these Oblasts by referendums on joining Russia; and it was implemented by signing Constitutional Laws. This choice is under the reliable protection of the Armed Forces of the Russian Federation," the head of the department noted.

Everybody honored the memory of the Heroes who died during a Special Military Operation with a minute of silence, as well as the memory of Officers of the Russian Investigative Committee, who gave their lives in the line of duty.

Noting the importance of National Unity Day, the Head of the Russian Investigative Committee also added: "Our unity allowed us to defend Moscow during the Great Patriotic War, defend Leningrad, win the Battle of Stalingrad, take the Reichstag. Let our enemies remember that the strength of the Russian people is in its unity, we rally when it is necessary to save the Fatherland, when the fate of people is decided. Today, many Officers of the Investigative Committee work in the zone of a Special Military Operation, investigating the crimes of the Kiev regime. All those guilty of fascism, Nazism and other grave crimes against humanity will be punished. Victory will be ours!" - emphasized Mr. A.I. Bastrykin. He added that "we are fighting for our future, so the Investigative Committee pays great attention to the education of young people. We make sure that a new worthy generation of Officers grows up, to whom we will transfer our deeds and initiatives. Thanks to our Veterans, members of the Public Council, the Council of Heroes under the Russian Investigative Committee, who are carrying out this work together with us, taking the most direct, caring part". 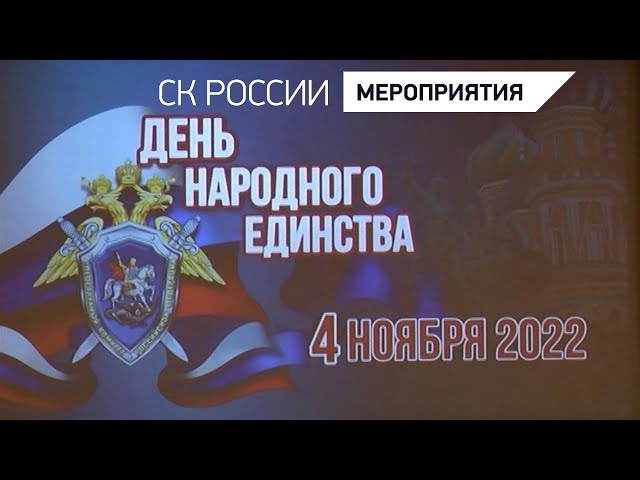