The Chairman of the Investigative Committee of Russia takes part in the ceremony of awarding diplomas to the graduates of All-Russian State University of Justice
20 July 2022
16:03
6
print version

Mr. Alexander Ivanovich Bastrykin - Chairman of the Investigative Committee of Russia took part in the ceremony of diplomas awarding to the graduates 2022 of the All-Russian State University of Justice (Russian Law Academy of the Ministry of Justice of Russia). The event was attended by: Ms. Olga Ivanovna Aleksandrova - Rector of the educational institution, and the Minister 's of Justice Deputies of the Russian Federation Mr. Alu Dadashevich Alkhanov, Mr. Andrey Viktorovich Loginov - Secretary of State - Deputy Minister of Justice of the Russian Federation, including the university officials and parents of graduates.

The Russian Law Academy of the Ministry of Justice of Russia is one of the largest law schools in our country, whose graduates are engaged in different fields of law, including joining the ranks of the Officers of the Investigative Committee of Russia.

In total, more than 250 people became graduates this year, who were awarded red (diploma with distinction) and blue (standard) diplomas today. Among them there were graduates of the military training center; they, along with a initial civilian occupation, also received a military occupational specialty. Following the results of 2.5 years of study, students showed a high level of knowledge in general military and specialized subjects, showed military training and discipline. Today they also received their first military rank in accordance with the Order of the Minister of Defense of the Russian Federation. Shoulder straps were served to the children by the Chairman of the Investigative Committee of Russia.

Now all the guys are entering adulthood as ready-made highly qualified specialists in the field of jurisprudence.

In his congratulatory speech, Mr. A.I. Bastrykin noted that the graduates are leaving the brightest years of their student life behind and from now on, they have every right to call themselves lawyers. “For many years you have been monitored by our wise tutors, highly qualified specialists, masters in the field of jurisprudence. Please remember the valuable knowledge and experience that they passed on to you,” said the Head of the Russian Investigative Committee. He added that within the university walls, the graduates received a high-quality education that will allow them to work in any legal field and be engaged in scientific studies. Mr. A.I. Bastrykin reminded the graduates that the legal profession is a serious tool in their hands and the knowledge of law is a big responsibility. “You need to cultivate in yourselves such qualities as conscientiousness, diligence, attentiveness to the needs of people, intolerance to any violations of law. Only those who possess such qualities can be successful in the profession of a lawyer. And, of course, the profession of a lawyer also involves creativity - you will be constantly learning, gaining new knowledge and experience. Jurisprudence will give an opportunity to improve and develop your skills over the course of your life,” summed up the Chairman of the Investigative Committee of Russia.

In the welcoming speech to the graduates, Ms. Olga Ivanovna Aleksandrova - Rector of the Academy, wished them success in the future, to be responsible men of principle who never deviate from their goals.

All the graduates expressed kind words of gratitude to the guests of the event and their professors. They promised to continue keeping the glorious traditions of the University and abide by the Law and Justice in everything. 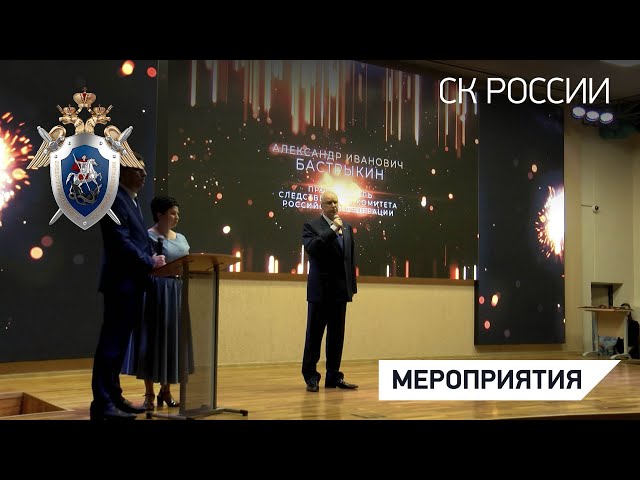