Investigators of the Investigative Committee of the Russian Federation daily record the after effects of shelling of residential areas in Donetsk
10 September 2022
09:30
1
1
print version

Investigators of the Investigative Committee of the Russian Federation document daily consequences of the shelling of areas in the city of Donetsk by the Armed Forces of Ukraine.

Investigation identified that officials of the 68th separate Jaeger brigade of the Armed Forces of Ukraine (contrary to the requirements of the Universal Declaration of Human Rights adopted by the UN General Assembly on 10.12.1948, the Convention on the Laws and Customs of War on Land (The Hague, 10.18.1907), as well as the Geneva Convention relative to the protection of civilian population during the war of 08/12/1949 and the protocol to it, which stipultate the right of every person to life, liberty and personal integrity and ban attacking undefended cities and villages, as well as encroaching on the life and physical integrity of persons who do not directly take part in military actions) in order to intimidate the civilian population and destabilize the activities of the authorities of the Donetsk People's Republic, shelled the Kuibyshevsky, Kirovsky, Petrovsky and Voroshilovsky raions of Donetsk from artillery weapons of 152 and 155 mm caliber. As a result, 2 civilians were killed, 9 citizens received shrapnel wounds of varying severity.

In addition, preliminary investigation detected that servicemen of the 56th separate motorized infantry brigade of the Armed Forces of Ukraine fired from artillery weapons of 155 mm caliber Kirovsky and Kuibyshevsky raions of Donetsk. As a result of these deliberate actions, residential buildings were destroyed, two civilians born in 1951 and 1962 received shrapnel wounds of varying severity.

Based on the above-mentioned facts, a criminal case was launched against the said servicemen of the Armed Forces of Ukraine on the offense of a crime prescribed in Part 1, Article 356 of the Criminal Code of the Russian Federation (ill-treatment of the civilian population, use of banned means and methods of warfare).

Investigative Committee of the Russian Federation, as part of the enquiry, inspected residential areas of Donetsk that were shelled by the Armed Forces of Ukraine. 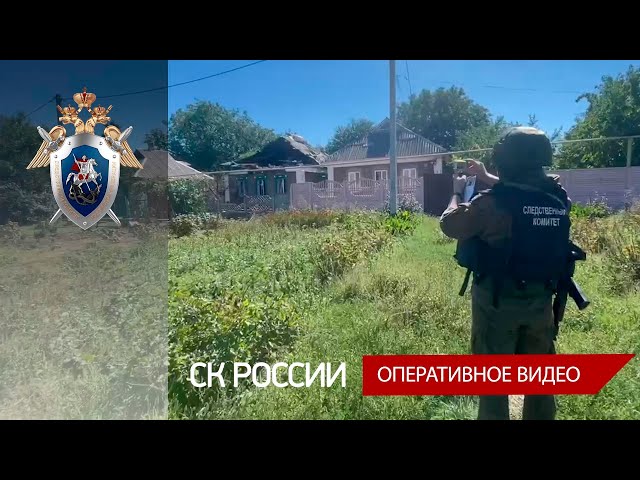