Heads of Divisions of the Russian Investigative Committee fulfill the dreams of children within the Wishing Tree charity event
31 December 2022
09:00
5
print version

On the eve of the New Year holidays, the Heads of Divisions of the Main Directorate of the Investigative Committee of the Russian Federation continue to fulfill the cherished desires of children within the Wish Tree charity event.

Deputy Chairmen of the Investigative Committee of the Russian Federation Ms. Elena Evgenievna Leonenko and Mr. Alexander Vyacheslavovich Fedorov granted the wishes of two teenagers. They wished Happy New Year and presented gifts to 13-year-old Maya Skoryukina, who dreamed of a dollhouse, and 15-year-old Alena Kuzmina, who thought of a painter's case for drawing.

A surprise for 10-year-old Ekaterina Motorina was the visit of Mr. Yuri Alexandrovich Tyutyunnik, First Deputy Head of the Main Investigative Directorate of the Investigative Committee of Russia. Katya has long dreamed of a bicycle, which he gave her within the Wish Tree campaign. The girl was pleasantly surprised by the gift, and her mother shared her impressions of participating in the action: "We decided to try it, just hoping that it works out. And really one of the sudden then they call us, on that moment we were just in treatment, in rehabilitation. It was so exciting and unexpected. Indeed, miracles do happen, thank you very much!"

Mr. Andrey Sergeevich Voronyansky, Head of the Directorate for the State Secrets Protection of the Russian Investigative Committee, came to congratulate 8-year-old Polina Korchenko on the New Year. As part of the action, he fulfilled the wish of not only Polina, who dreamed of roller skating, but he also presented gifts to her brother and sister.

Four-year-old Sofia Datsik, a girl from St. Petersburg, left her wishes on the website of the Wish Tree project. She wanted to get a set of sketch markers for the New Year, as she loves to draw. Mrs. Maria Dmitrievna Krasnopeeva, Head of the Cultural Center of the Russian Investigative Committee, came to Sofia with a gift, not leaving her older sister Anya unattended, who was presented with a set for beading.

"There is nothing more beautiful than the sincere smile of a child," summed up Ms. M.D. Krasnopeeva after the presentation of gifts.

All managers noted that the Department has been fulfilling children's dreams for several years now within the Wishing Tree charity event, and congratulating children on the eve of the New Year holidays has become a good tradition that gives warmth not only to children, but also to the Officers.

Territorial Investigative Bodies also take part in the action all over Russia, fulfilling the dreams of children in different parts of our country. 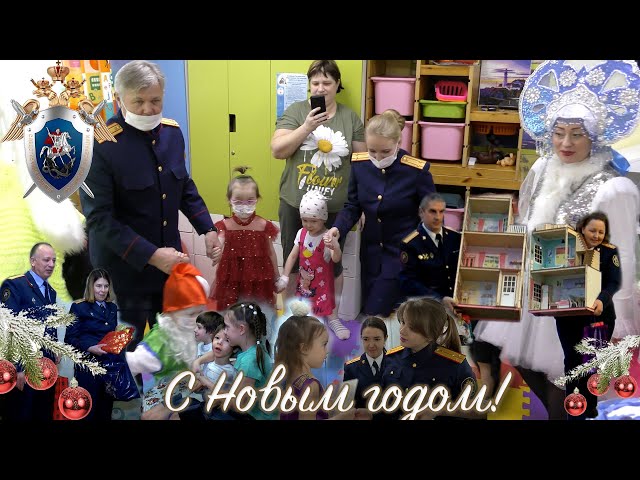