Upon results of a procedural inquiry the Main Investigative Department of the Investigative Committee of Russia launched a probe into Leonid Volkov, Ivan Zhdanov and other persons. They are suspected of committing offenses under Part 1 of Article 282.3 of the Criminal Code of Russia (fundraising and provision of financial services deliberately intended to finance an extremist organization).

By a court decision that entered into force, the non-profit organizations “Anti-Corruption Fund” (FBK) and “Citizens Rights Protection Fund” were recognized as extremist organizations and liquidated, and extremist activities of the public movement “Navalny's Headquarters” were prohibited.

At the same time, on August 5, 2021, a video was posted on various Internet resources with the participation of Zhdanov, who served as director of FBK, and Volkov, who led the Navalny Headquarters movement. Realizing that these organizations were recognized as extremist, Volkov and Zhdanov announced the continuation of their illegal activities and organized a fundraiser, urging an unlimited number of people to support the Navalny Team and fund them by donating at the link indicated by them. In addition, they reported on methods of transferring funds and cryptocurrencies in conditions of secrecy and anonymity of the donor from law enforcement agencies.

Investigative actions and search activities aimed at establishing all circumstances of the offense are currently in progress. 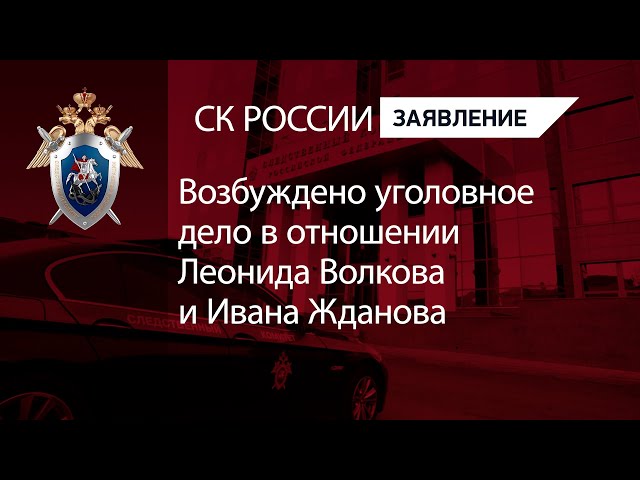